Street Angel is a comic book series by Jim Rugg and Brian Maruca. It was published in 2004 by Slave Labor Graphics, and lasted five issues. In 2005, the issues were collected into a single volume with additional material.

The story takes place in Wilkesborough, the worst ghetto in Angel City. The title character is 12-year-old Jesse Sanchez (13-year-old after a bout of time travel), "a dangerous martial artist... and the world's greatest homeless skateboarder." She handles ninjas, pirates and hunger with skill, aplomb, and help from her friends. The comic is a satire on superhero comics as well as the Golden Age era with its ridiculous dialog, unexplained characters, and flashy effects. None of the comics share any continuity. 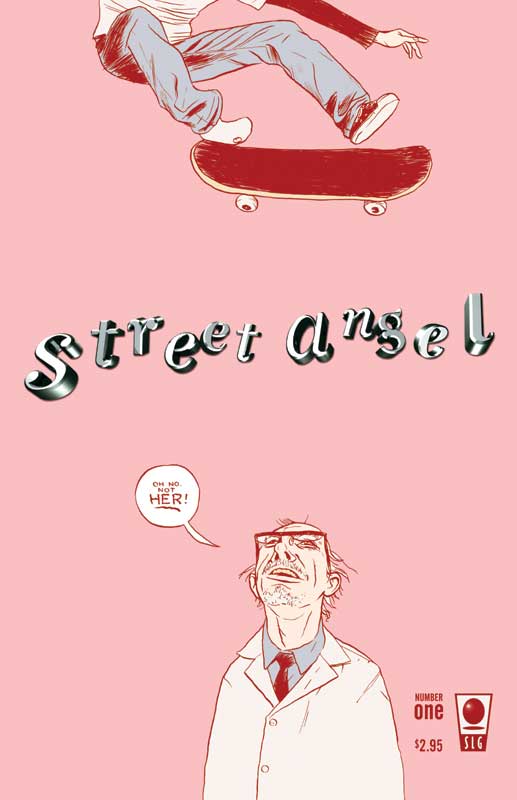 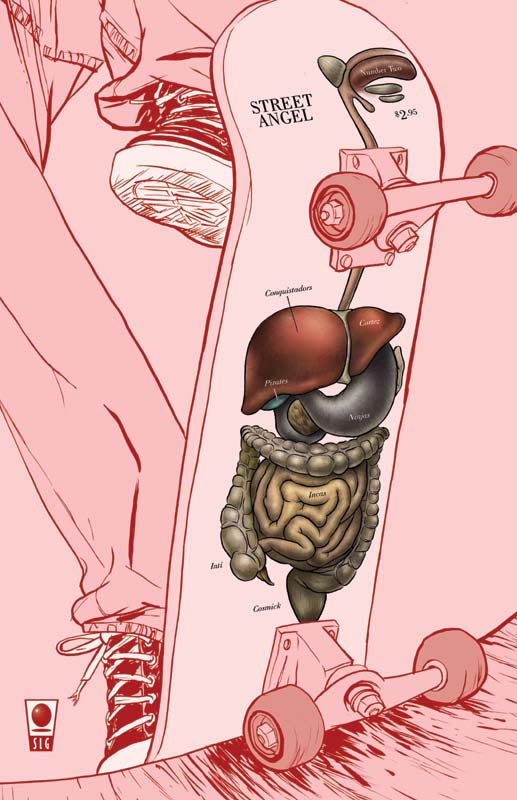 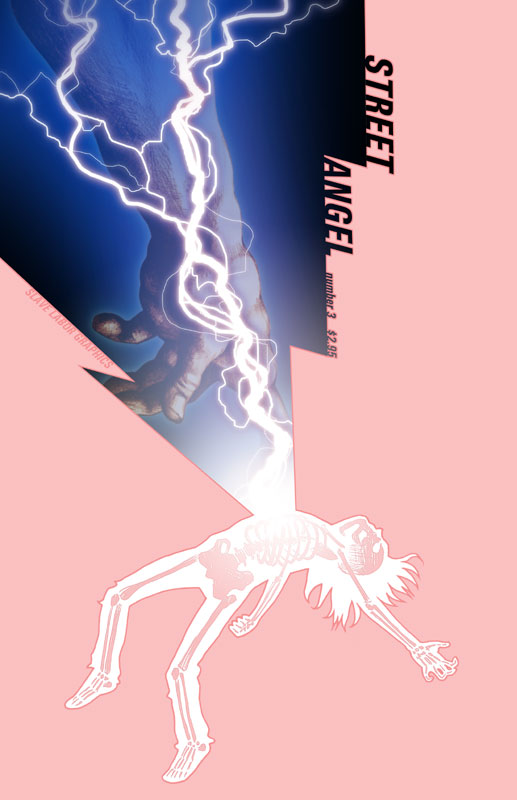 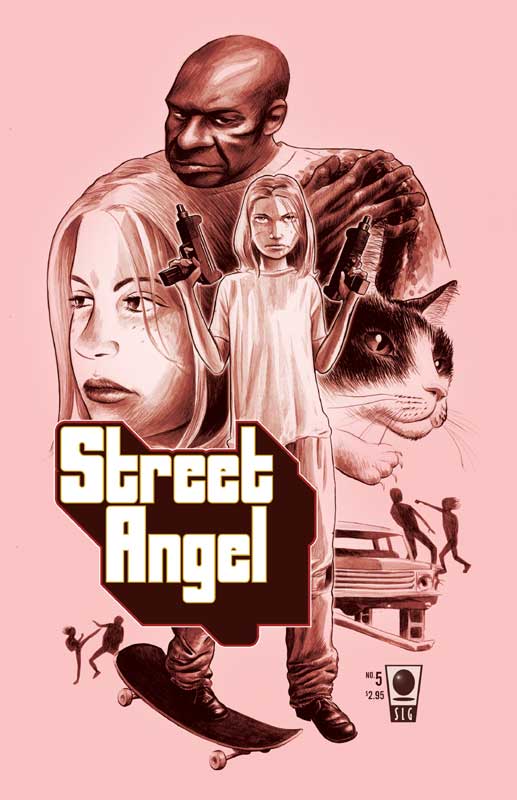 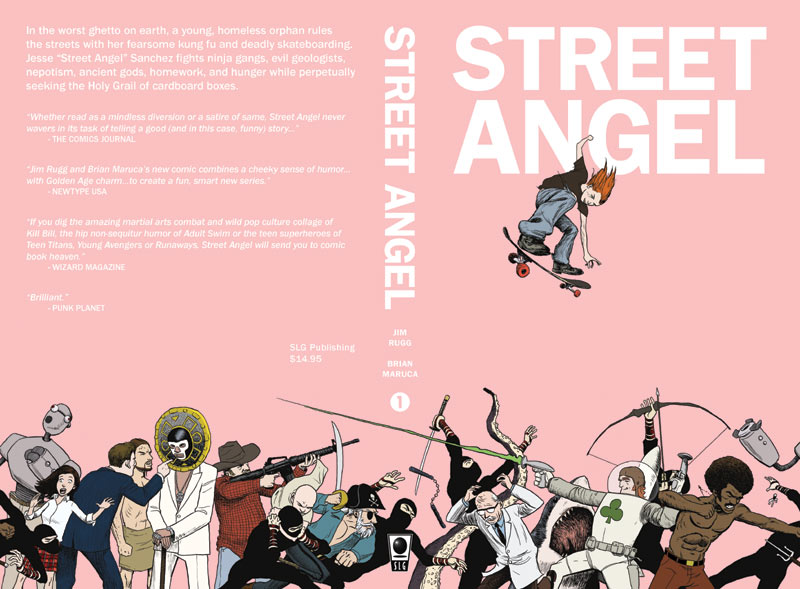