Mellow Cat by Ted Richards was the first skateboard cartoon strip and appeared in Skateboarder Magazine from 1978 to 1981. The Mellow Cat character is based upon a real person from La Jolla, California, who was known around Surfer Publications as "Mellow Cat," an avid surfer, turned skateboard guru - Kurt "Mellow Cat" Ledterman. 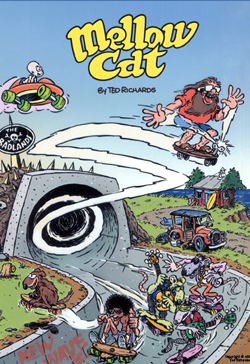 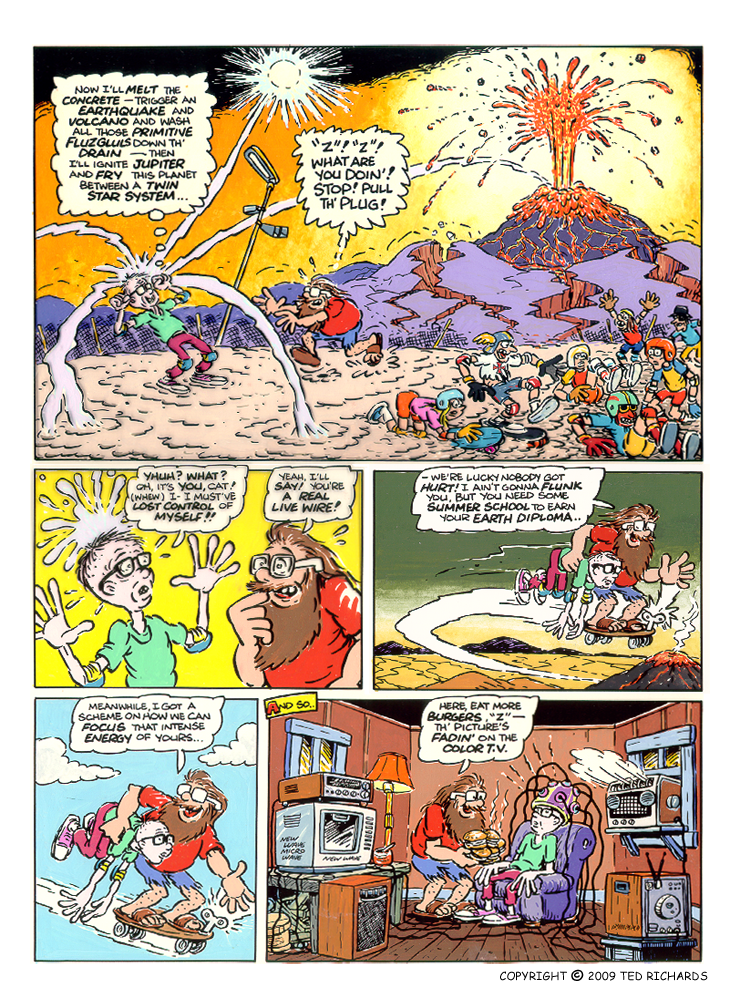 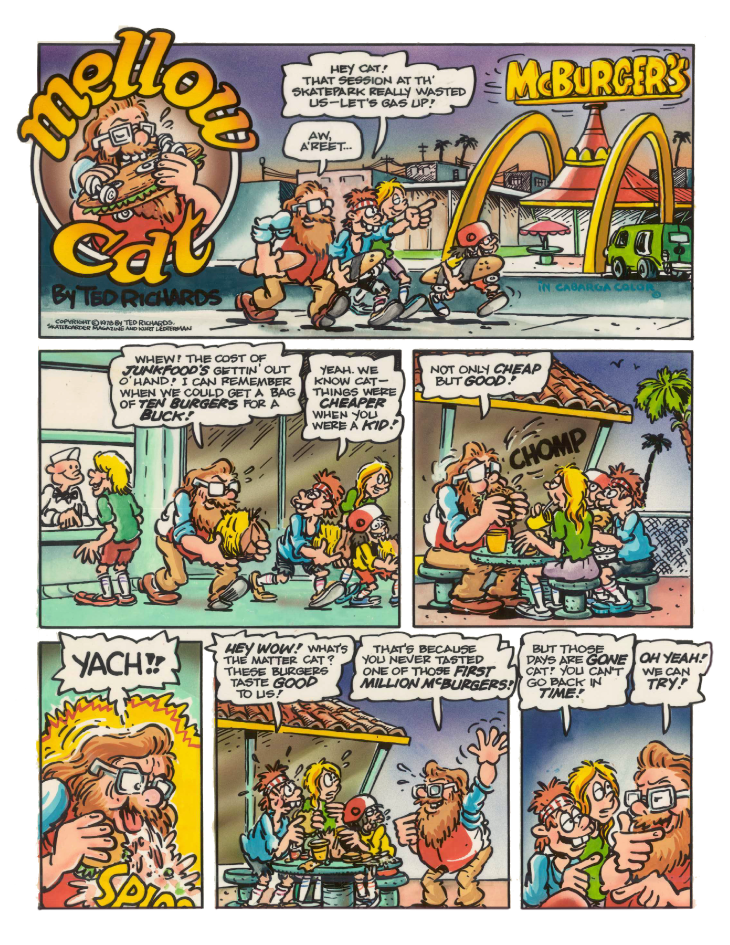 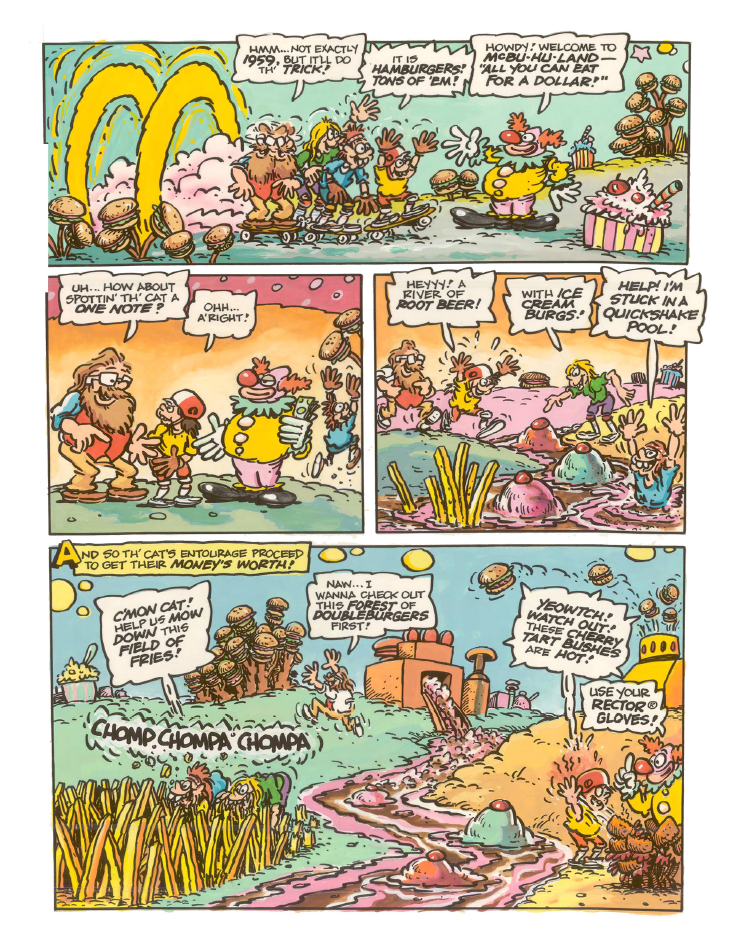 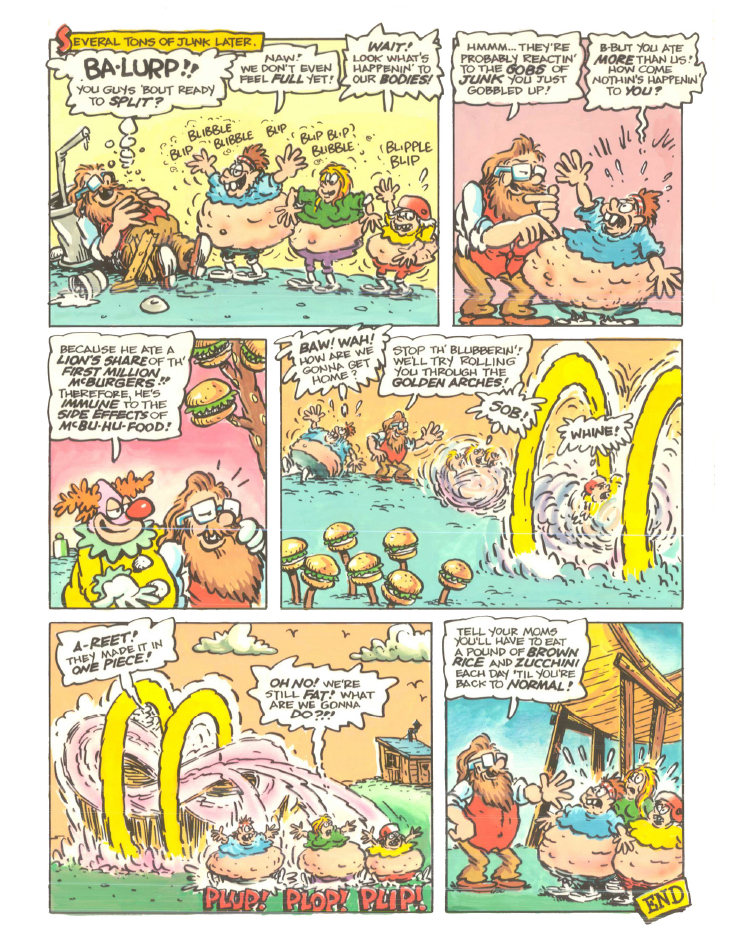