Skate Muties from the 5th Dimension (or SM5D as it was known) was an A5 sized skaters fanzine with a Bristol slant from the 1980s, but it covered so much more - gigs, music, reviews and comic strips.

Edited by 'Bear Hackenbush' with an anarchic twist, SM5D was put together like a serial killers scrapbook. All the text was cut and pasted onto the page with panels from other comics and magazines stuck around the words with new speech bubbles written by the SM5D team, often purile, but always funny.

Shot through the whole thing were comic strips, very much in the style of early Viz, but drawn with real enthusiasm by 'Beano' amongst others. Although there was a definite skateboarding angle, later issues branched out into other areas and paved the way for the follow up zine/comic - Bugs and Drugs in the 1990s, which had a much broader remit.

"Skate skate skate like fuck, into the path of a ten ton truck" 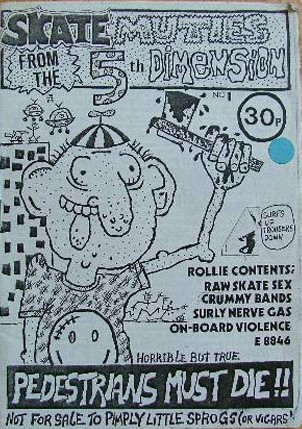 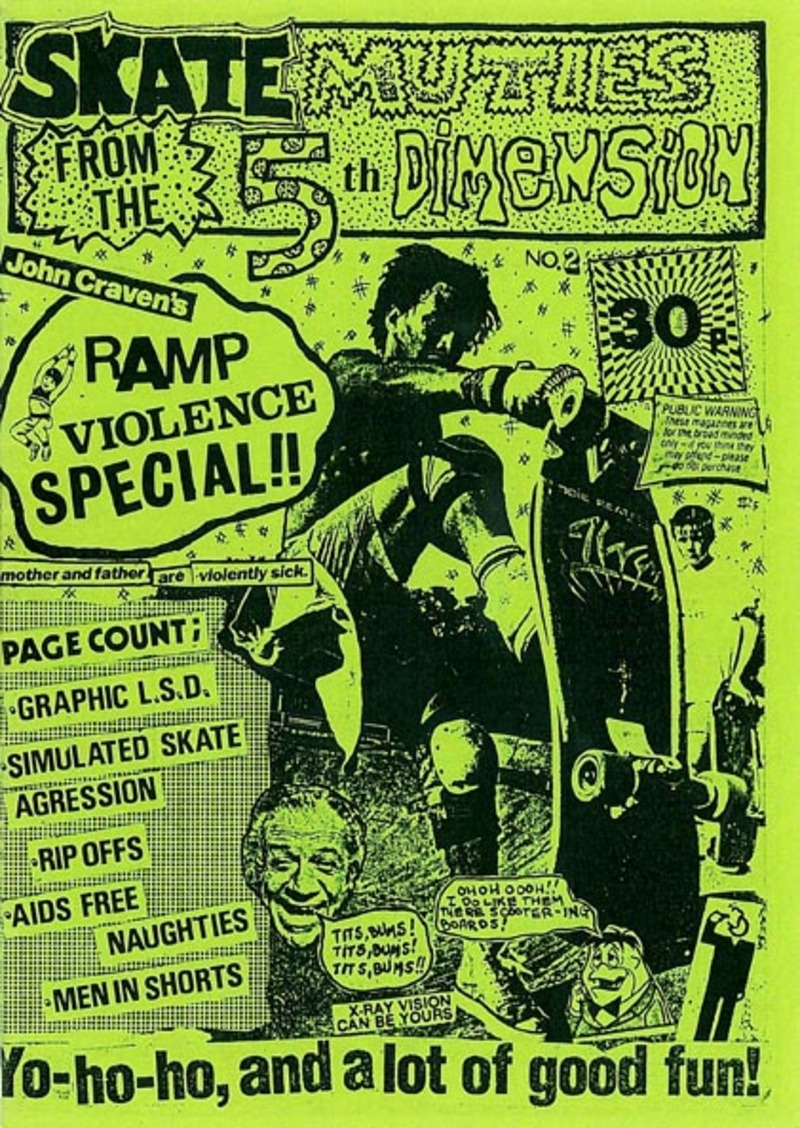 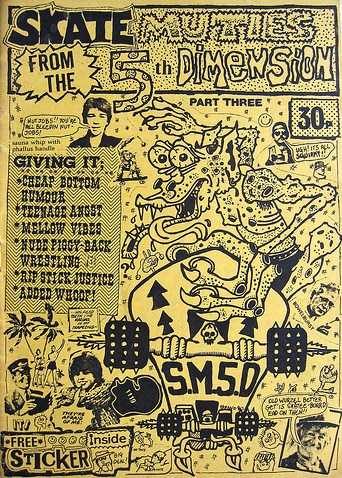 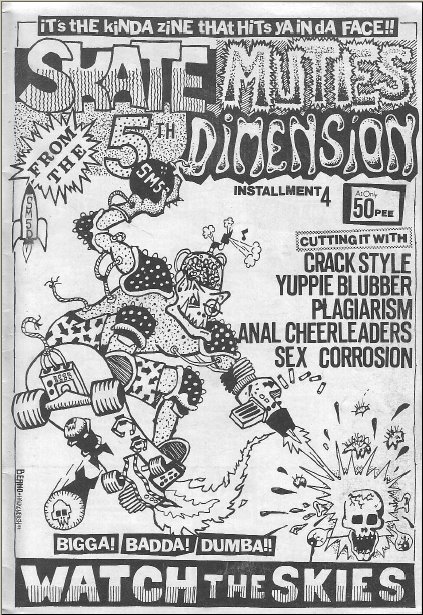 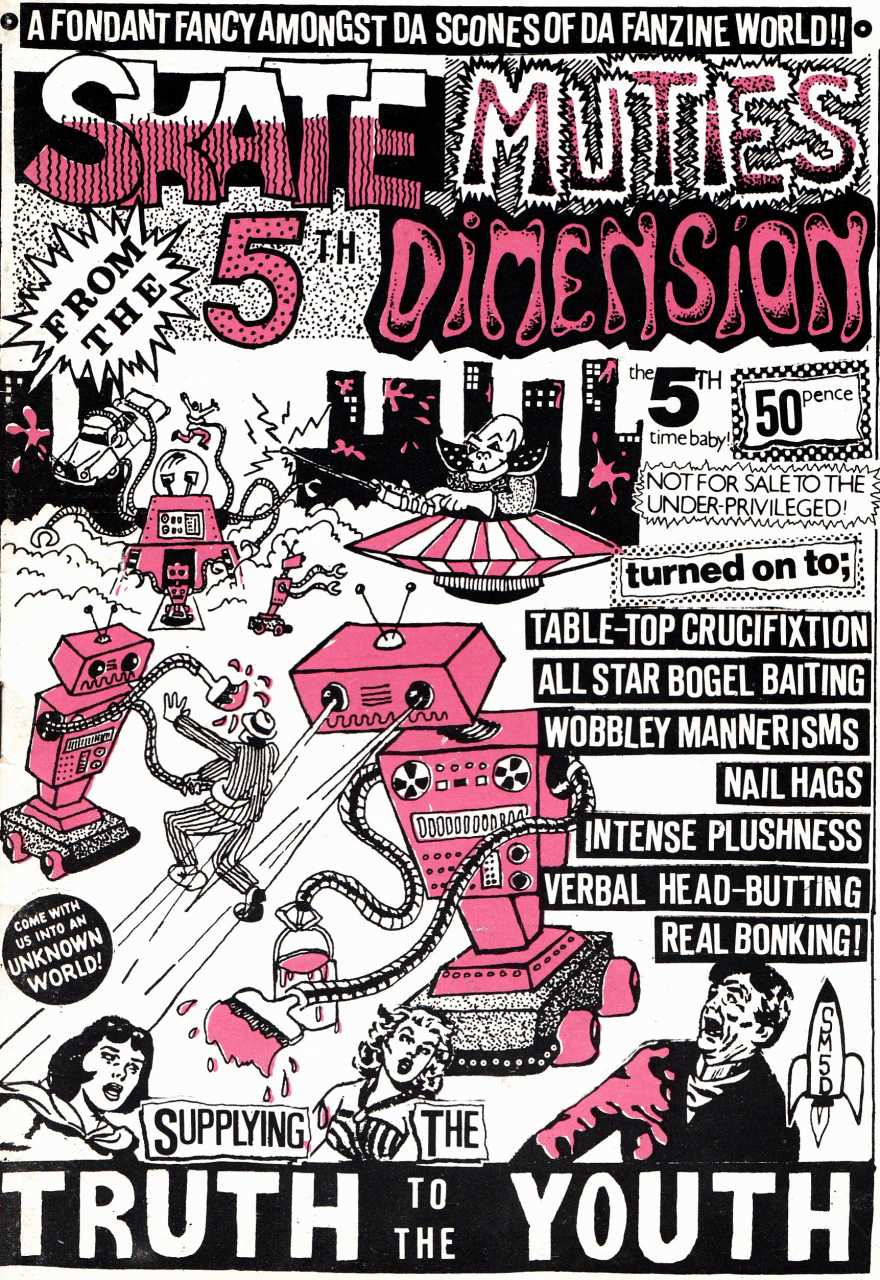 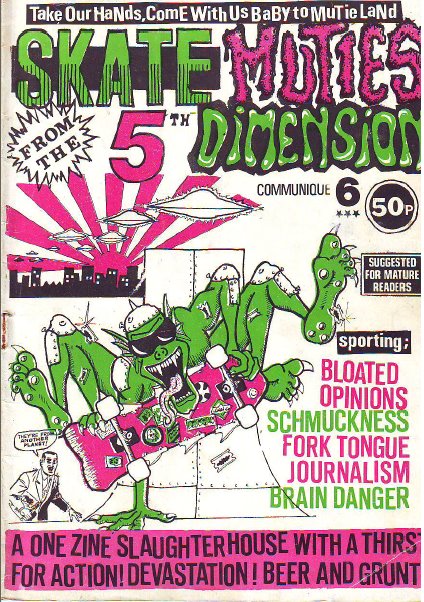 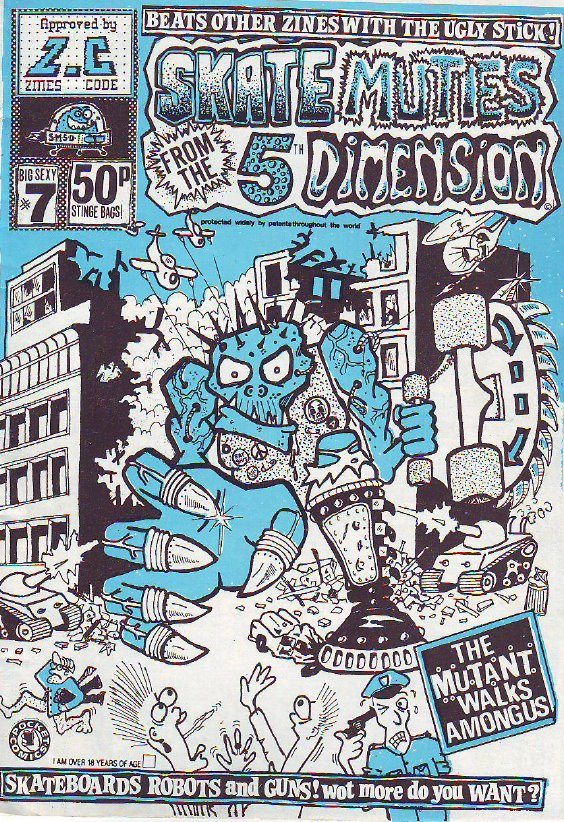 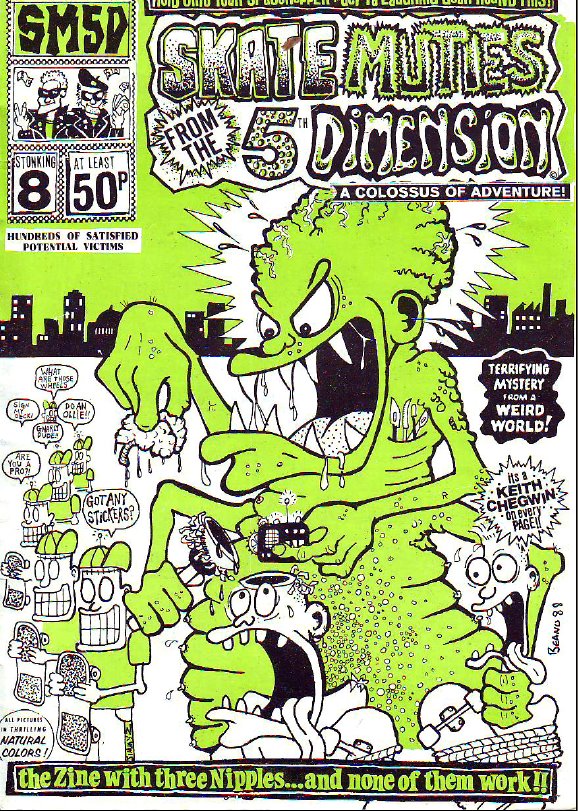 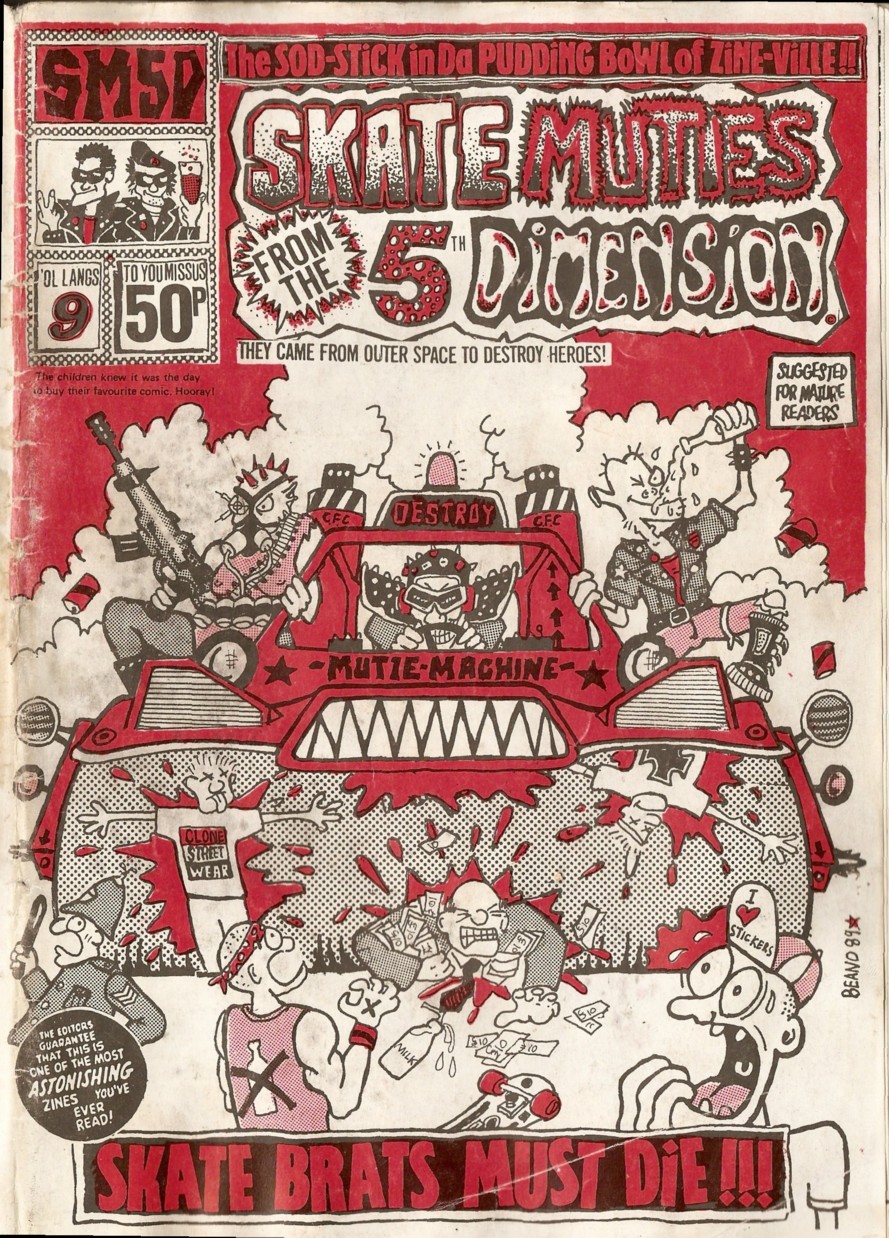 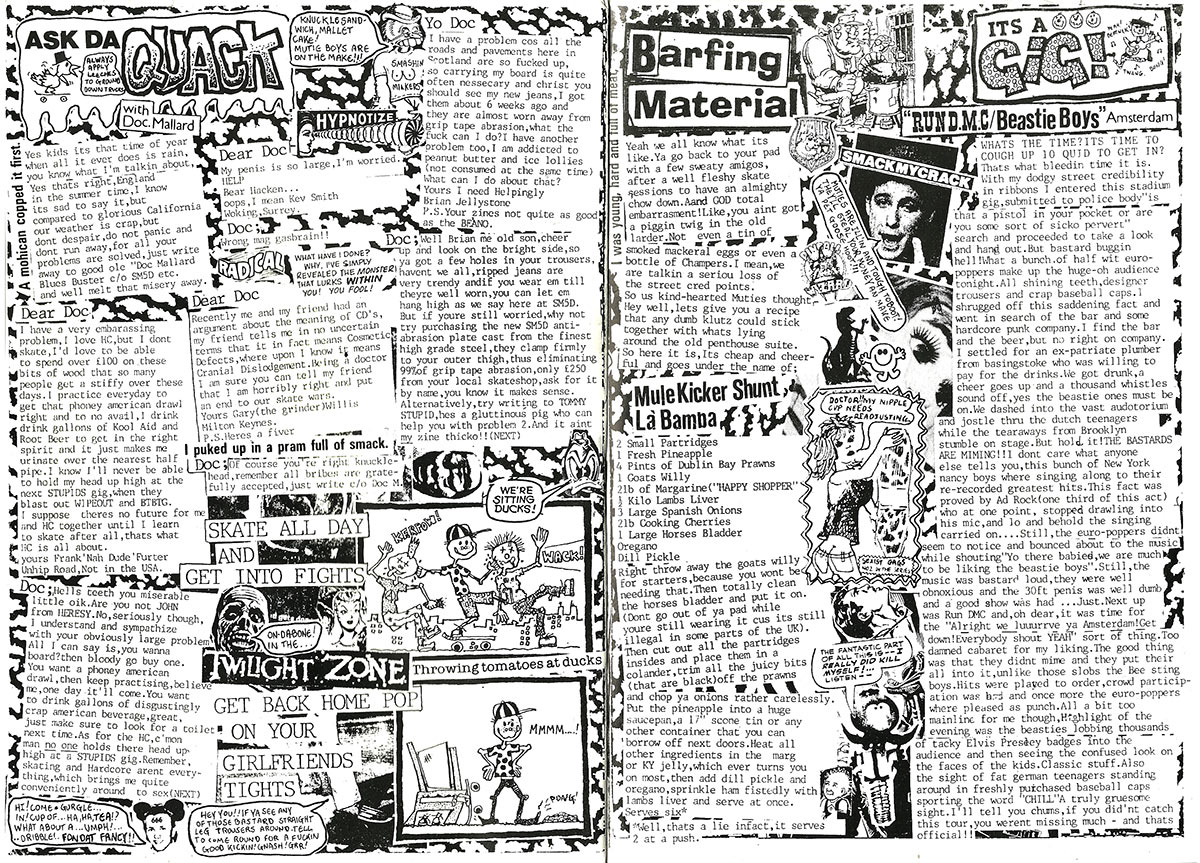 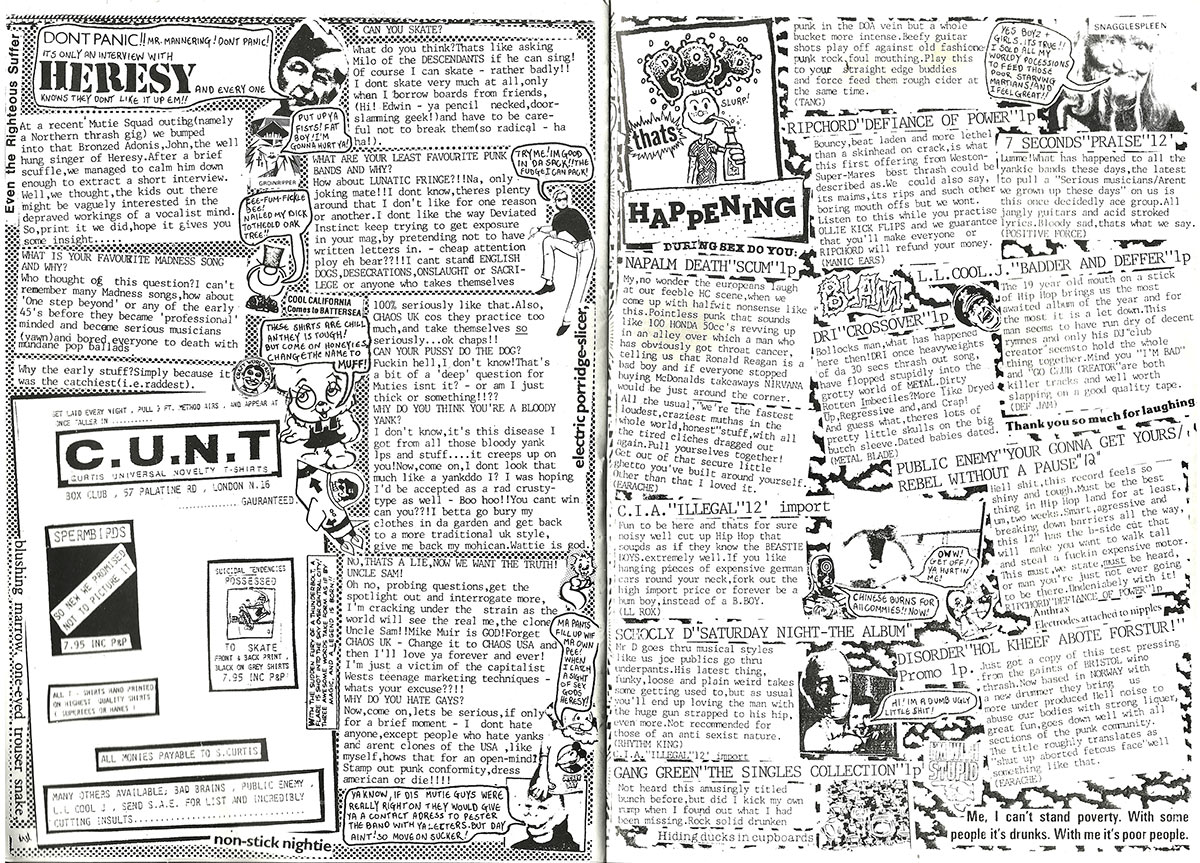 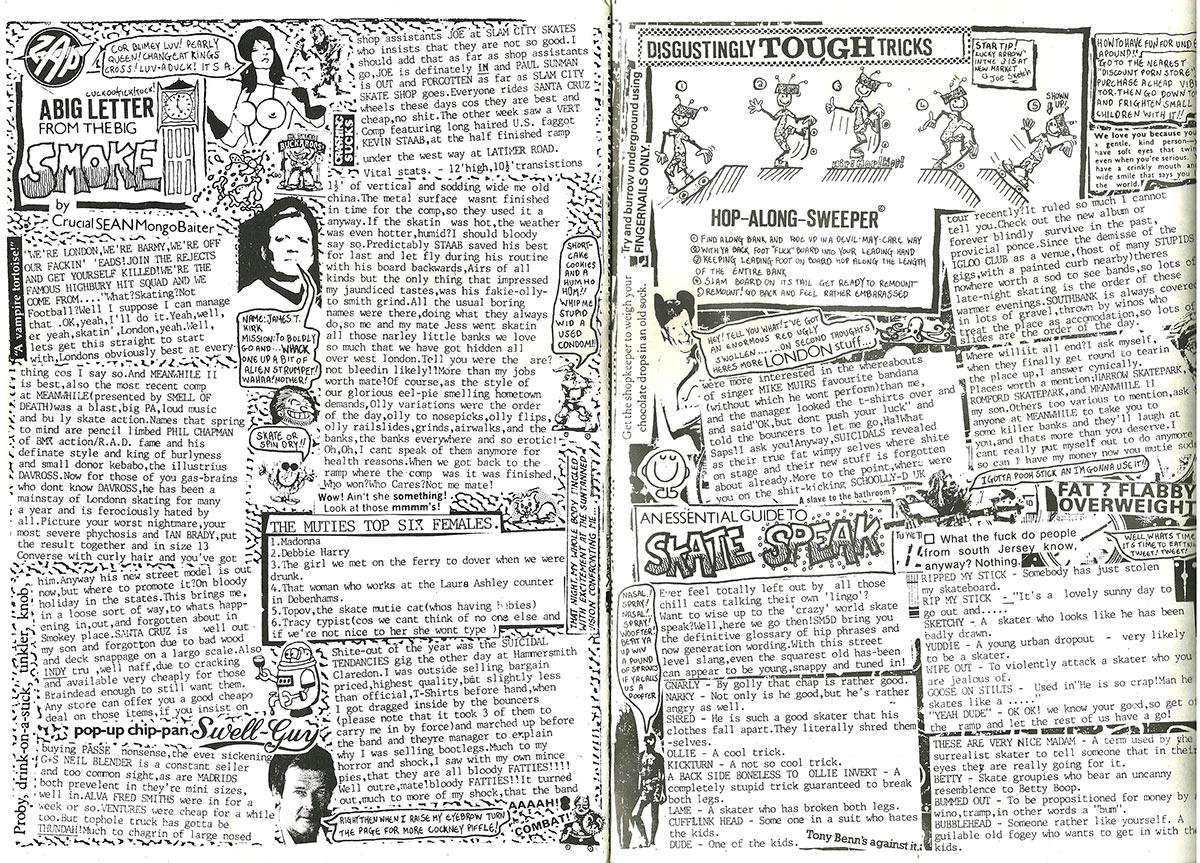 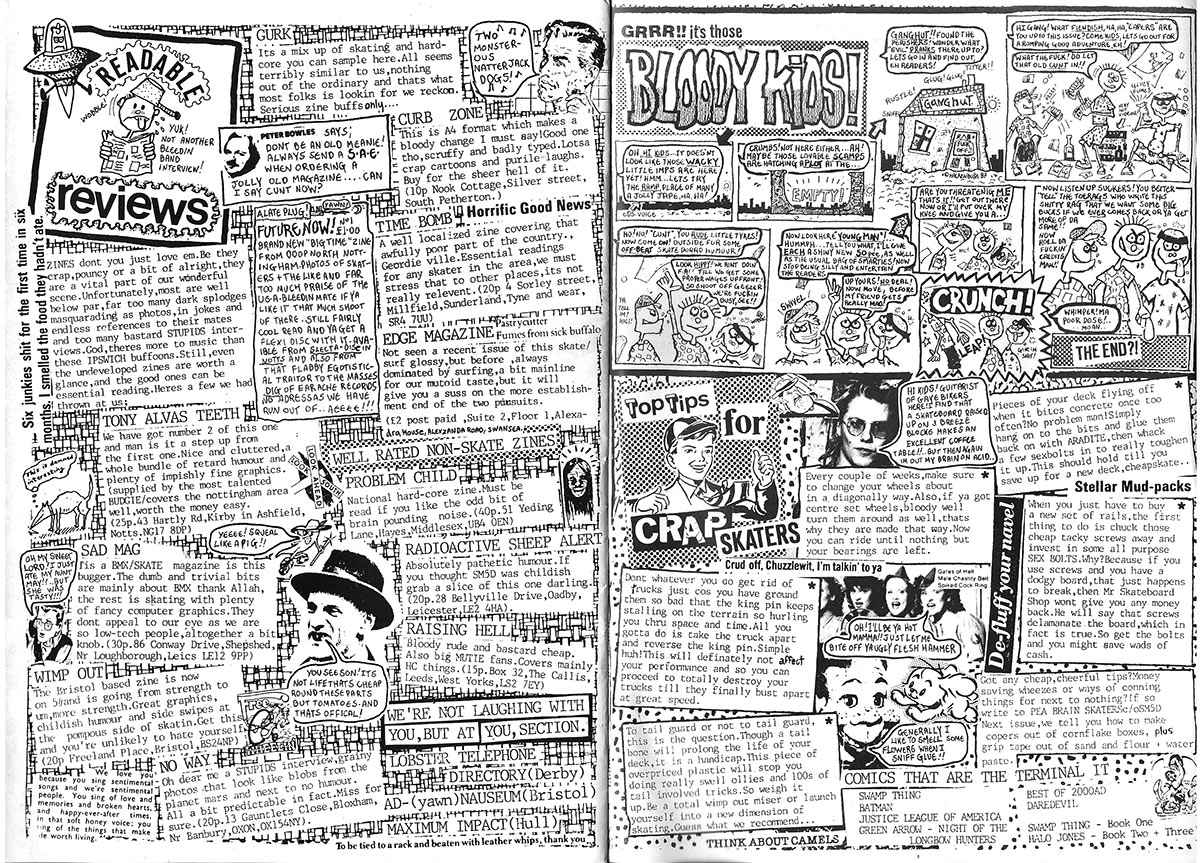