Lapper was a Virginia based skate zine put out by Bruce Adams. It started out as a photocopied zine in 1985 covering mostly East Coast Action. By the time Lapper ended in 1988, there were 12 issues, 2 calendars, and contributors from all over the country. BWSM - Bruce and Wades Skate Mag (Bruce Adams and Wade Herren) was a precursor to Lapper.

On a personal note I was working backstage in London's West End in the late 1980's and I bought issues Vol3 No2 and No3 from a small newsagents in Wardour Street in Soho. I have no idea how they got there - but they did - and I have had a soft spot for Lapper ever since. 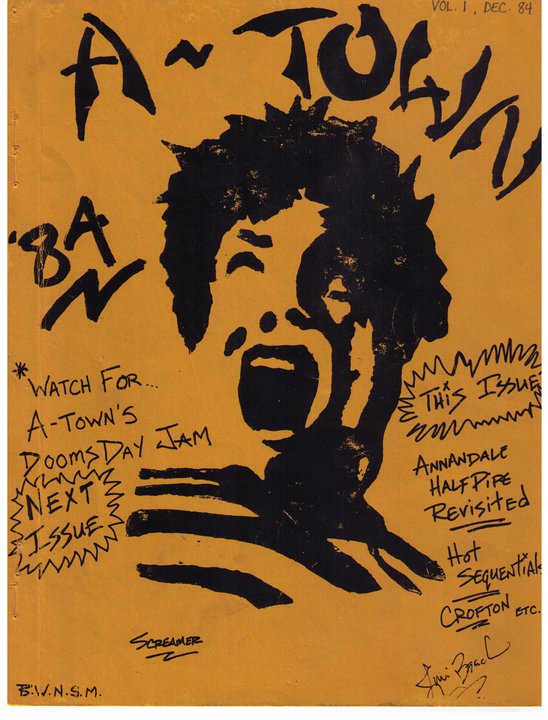 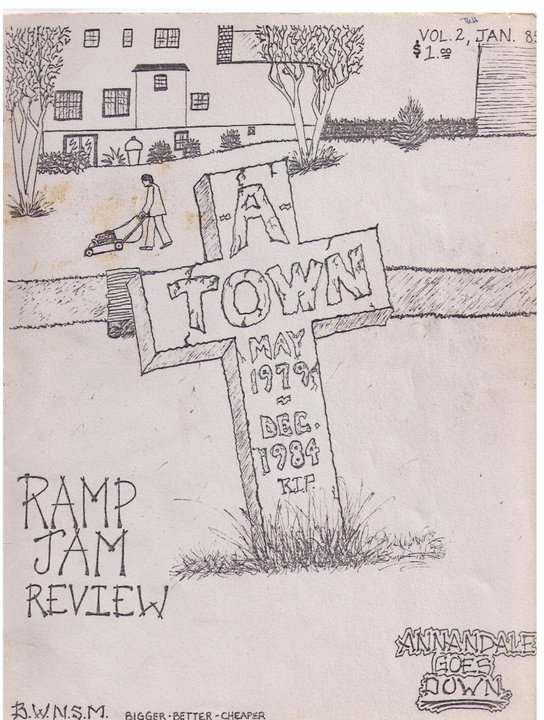 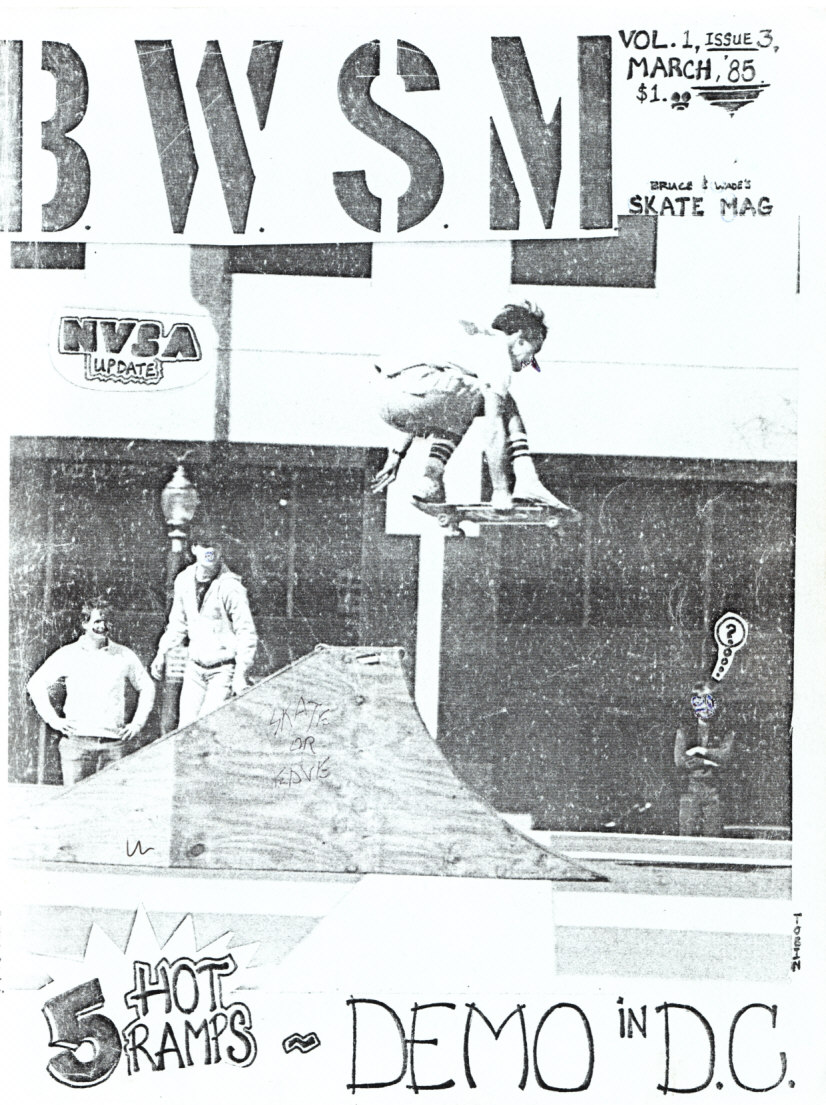 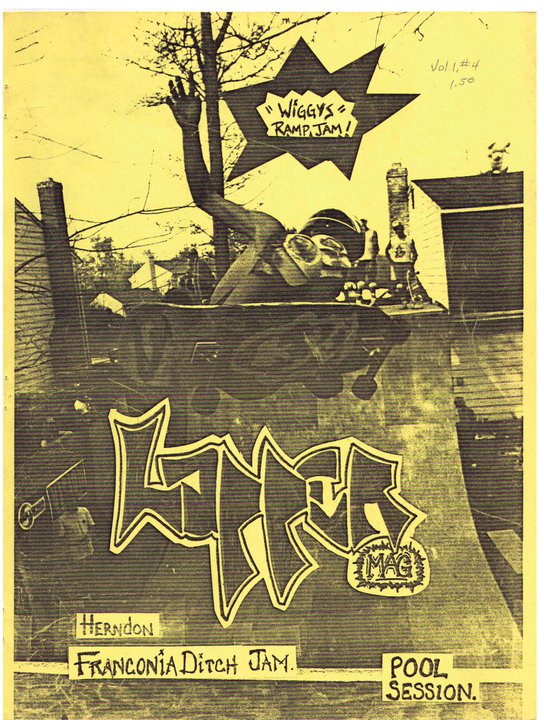 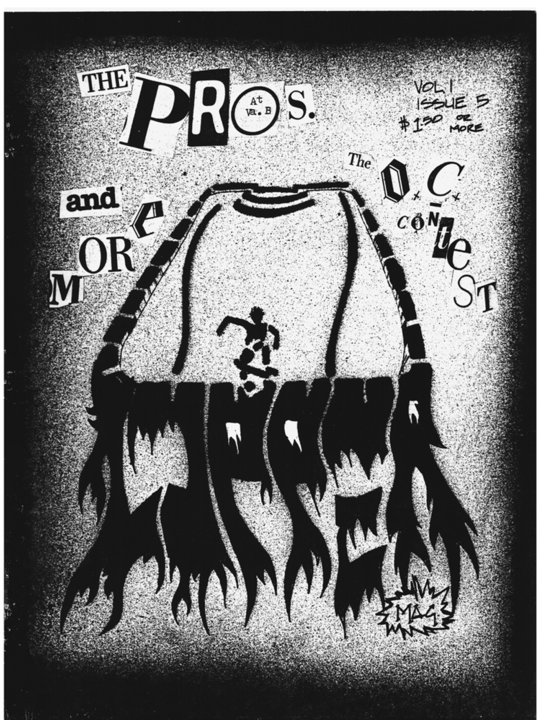 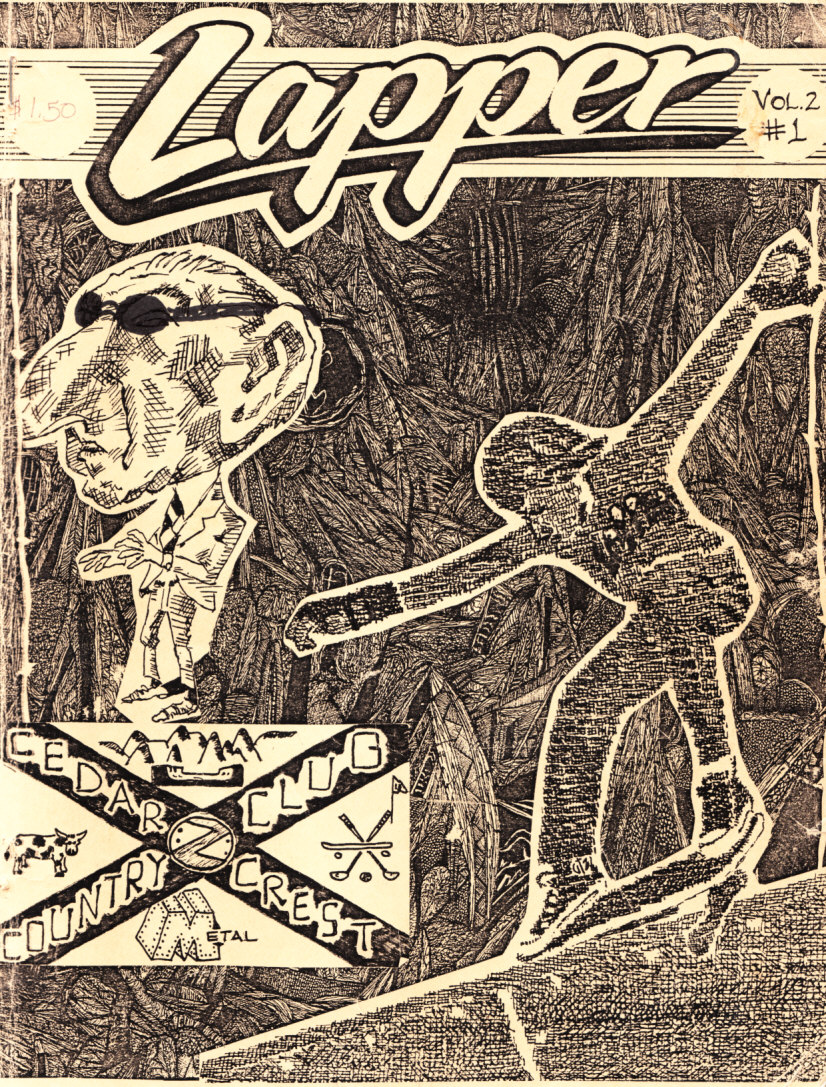 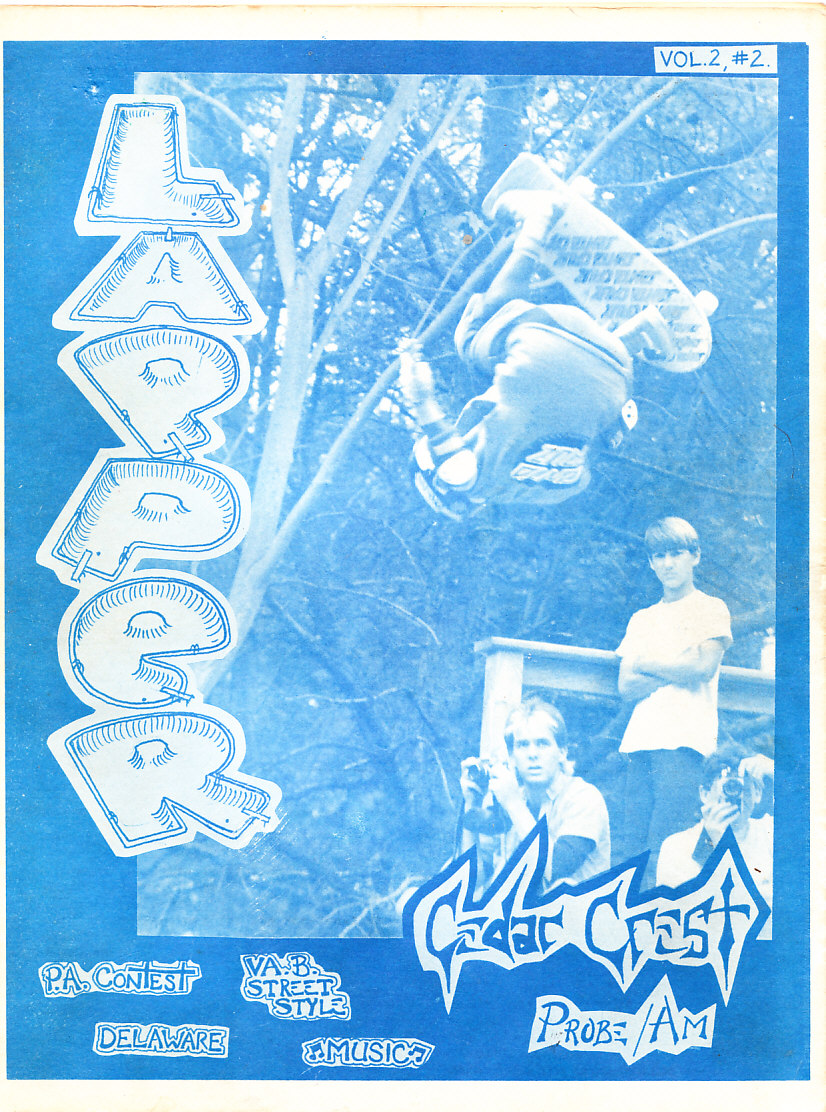 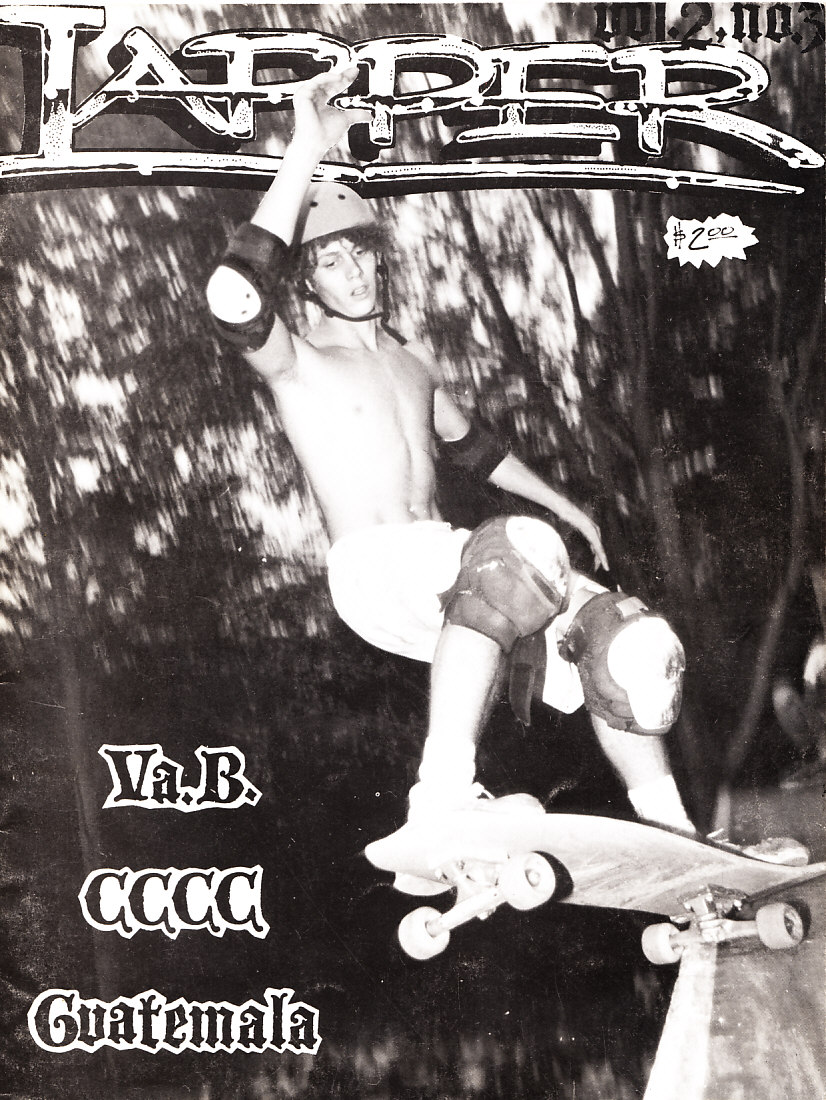 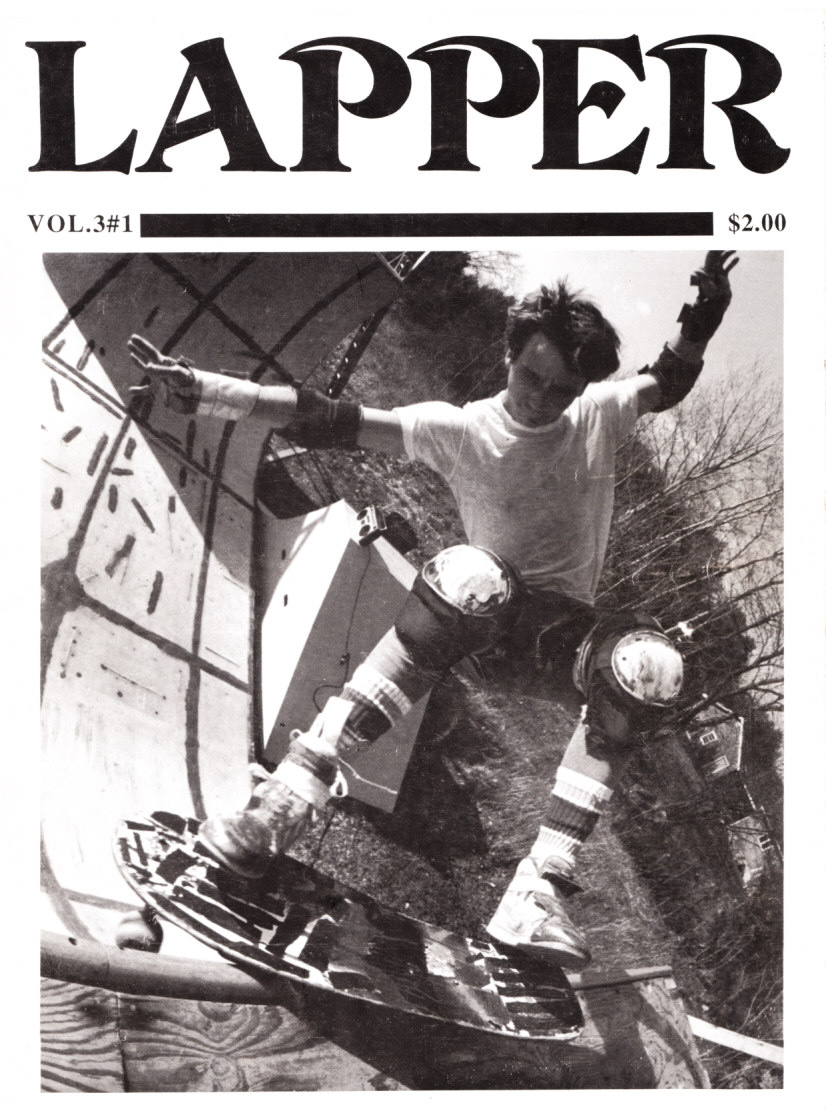 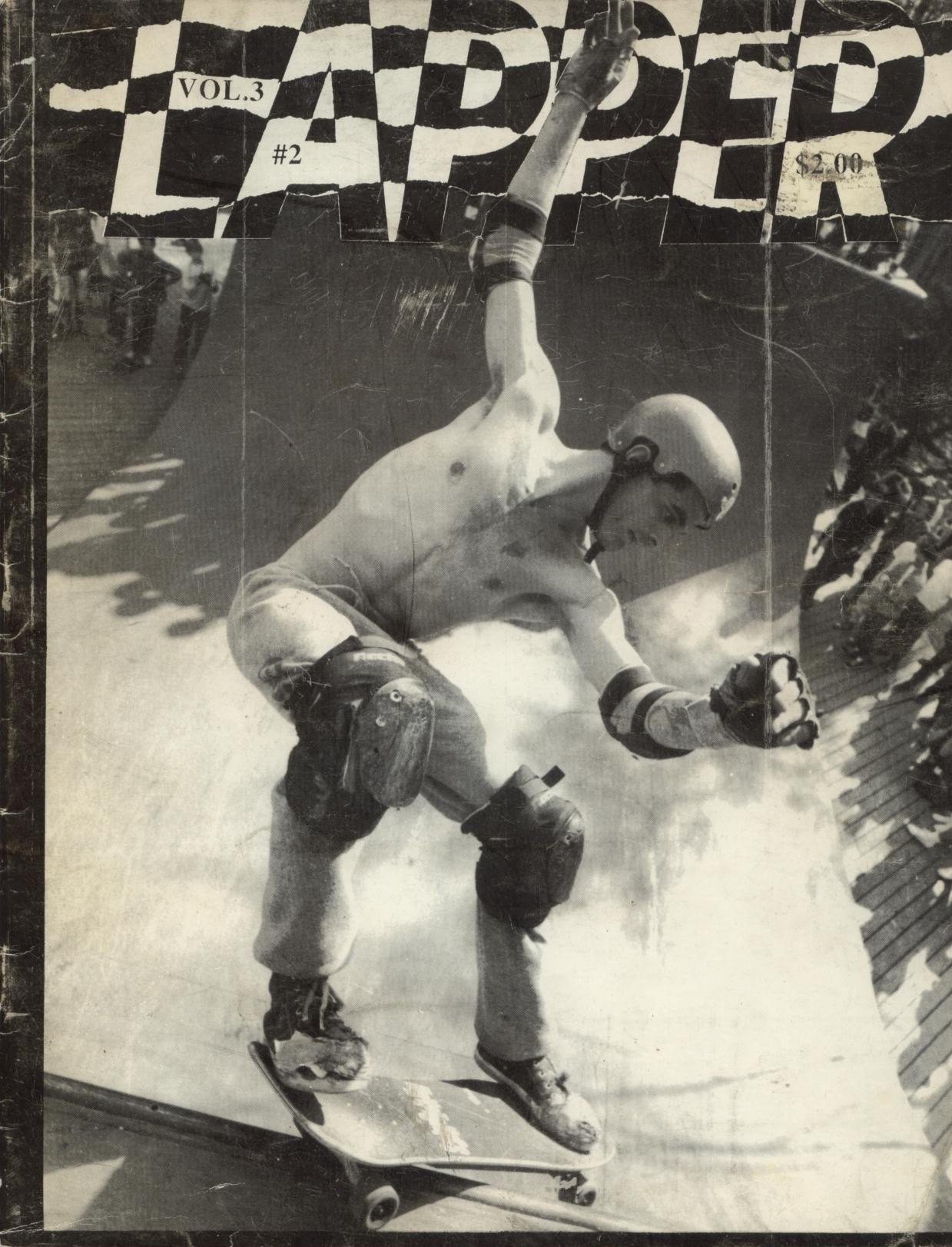 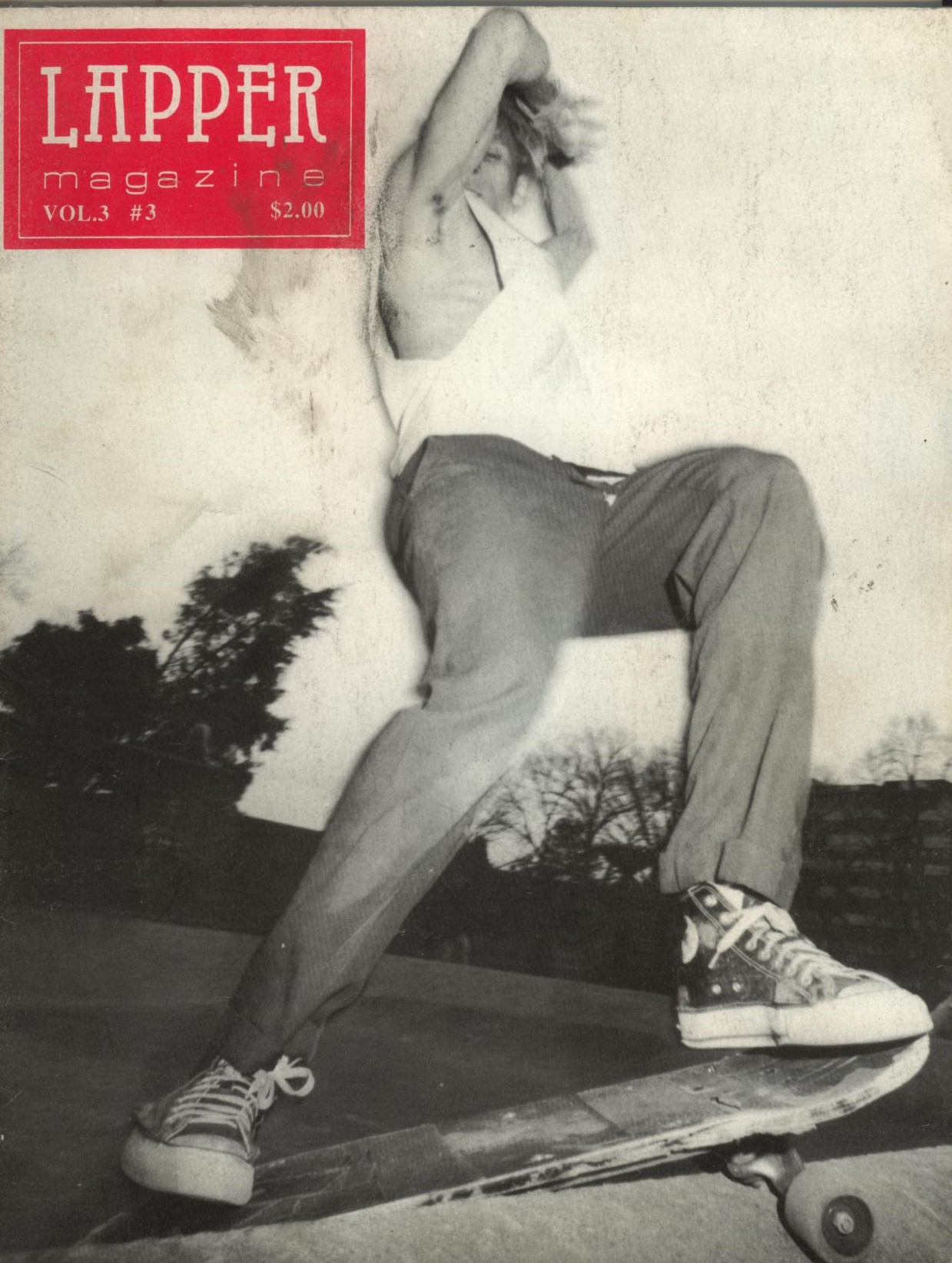 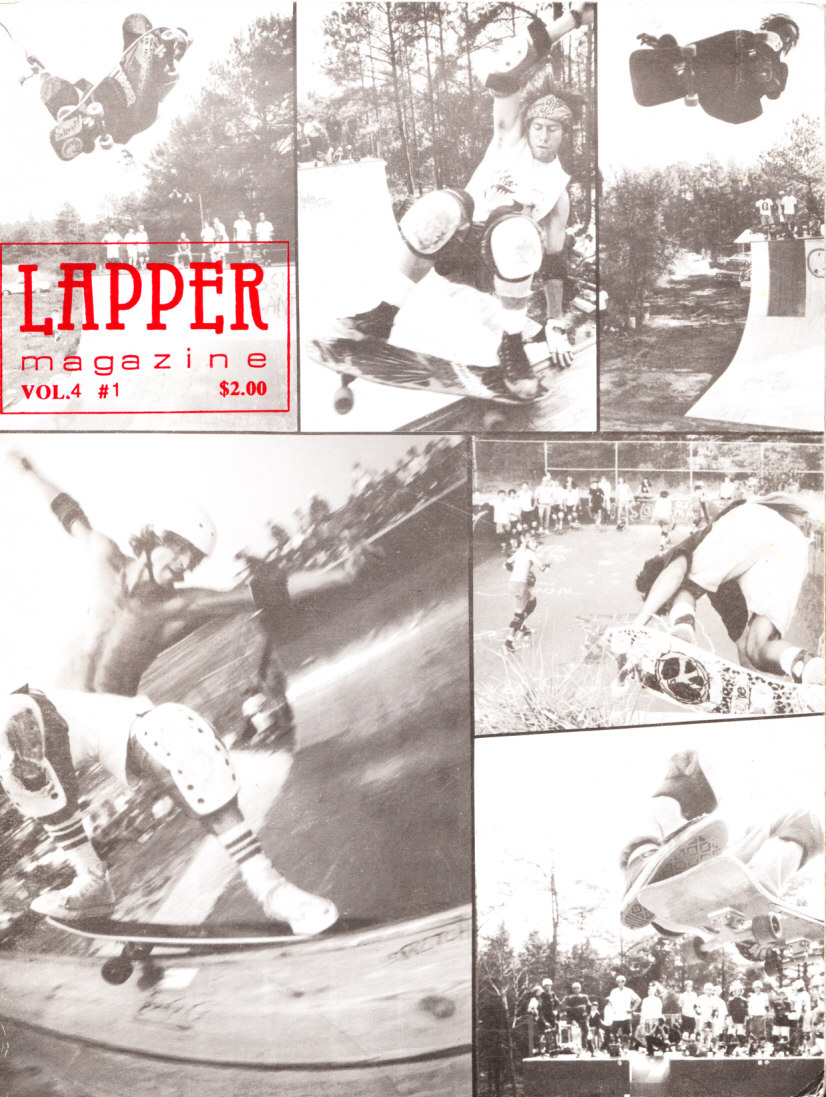 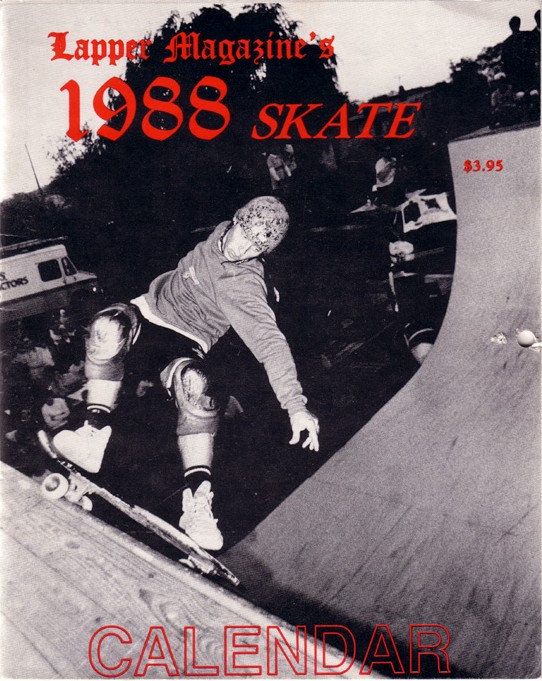