The original and very first Skateboard magazine started by Surfer publications in 1964 - Editor John Severson. It started life as The Quarterly Skateboarder but abbreviated to just Skateboarder Magazine from Issue 3. The magazine only ran for four issues but was later resurrected in the 1970's as Skateboarder, again by Surfer Magazine.

In his first editorial John Severson wrote: Today's skateboarders are founders in this sport - they're pioneers - they are the first. There is no history in Skateboarding - its being made now - by you. The sport is being molded and we believe that doing the right thing now will lead to a bright future for the sport. Already there are storm clouds on the horizon with opponents of the sport talking about ban and restriction.

Unfortunately those storm clouds gathered and due to poor quality equipment (Steel and Clay wheels) which lead to numerous accidents, many American cities banned skateboarding and by Christmas 1965 Skateboarding had died and along with it The Quarterly Skateboarder. 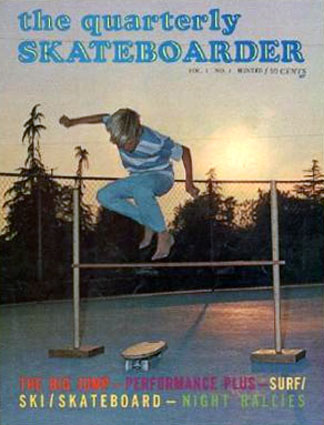 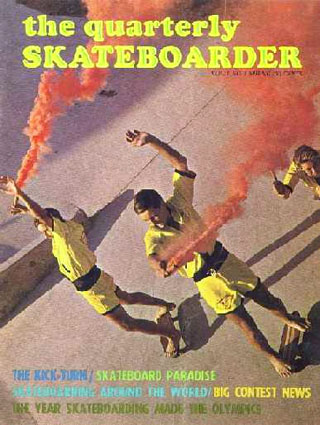 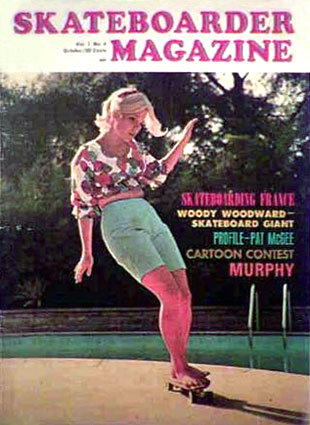