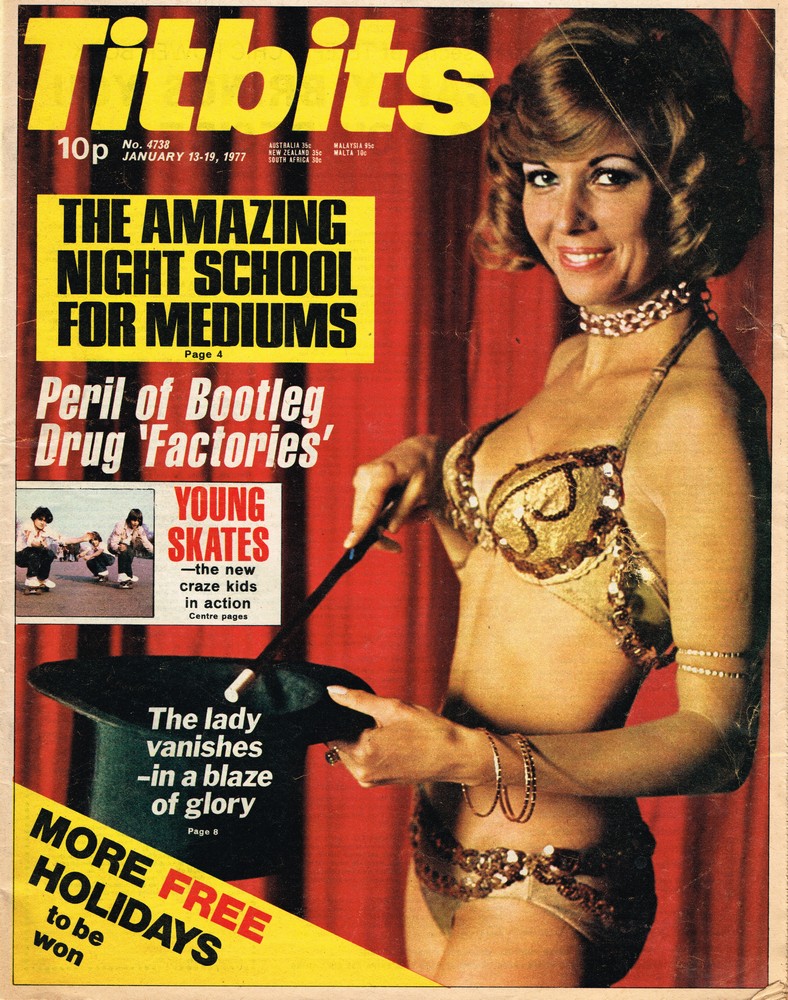 Tit-Bits (or to give it its full title Tit-Bits from all the interesting Books, Periodicals, and Newspapers of the World) was a British weekly magazine founded by George Newnes on 22 October 1881 until 18 July 1984, when it was taken over by Associated Newspapers' Weekend, which itself closed in 1989. Tit-Bits lost the hyphen from its masthead at the beginning of 1973.

The magazine was a mass circulation commercial publication which reached sales of between 400,000 and 600,000, with the emphasis on human interest stories concentrating on drama and sensation.

The article features a very young looking Marc Sinclair with Lee Connaster and Rocky Brann (Slick Willies Team). The editorial is the usual mix at the time - wrong terminology, costs of boards and the dangers of skateboarding. 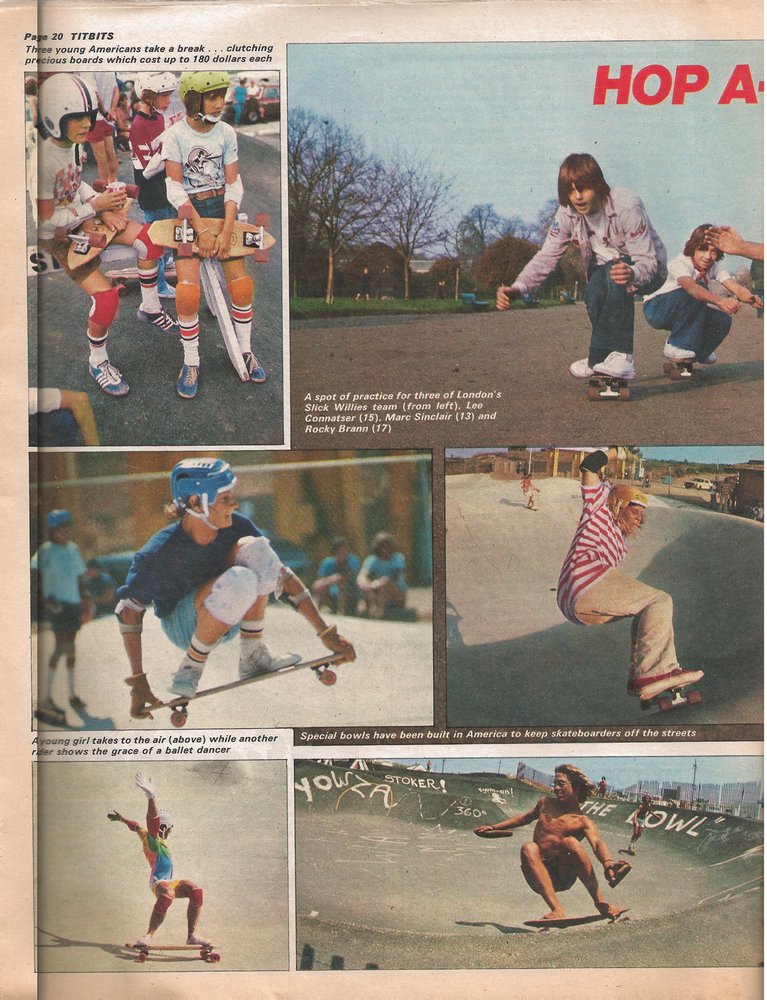 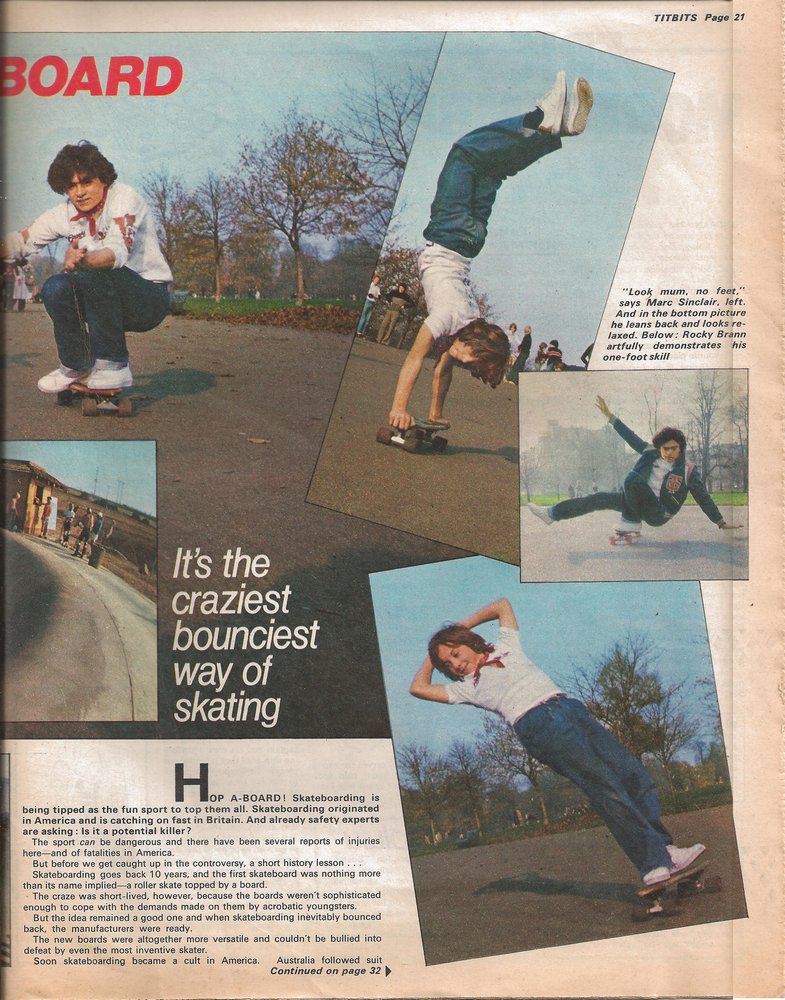