What can you say about Big Brother - rather a lot I suspect. At the end of the 1980's Steve Rocco started to shake up the skateboard industry with the creation of World Industries - the start of the independent skateboard companies and the big shift to street. Transworld wouldn't run one of Steve's ads - so he ran a two page ad asking readers what he should do - they said start your own magazine - so he did.

Issue one was deemed to be a failure by Rocco and was given away with a warning sticker 'warning: test copy. Due to the fact that no-one here had any idea what in the hell they were doing this issue has been declared a total failure. Therefore we have decide to give it away for free'.

The magazine soon established itself at the cutting edge of skateboarding - love it or loath it everyone read it. Issues 1 to 8 were full of Rocco's marketing gimmicks; No2 came in an extra large format, No3 was spiral bound, No5 came with trading cards, No6 came in a serial box, No7 had eight different covers and No8 came with an audio tape. After No8 Rocco had no more direct involvement in BB but allowed it to continue on.

Content was highly controversial and no subject was taboo, as well as skating there was a lot of sex, nudity, drugs and rock n roll not to mention religion and midgets. Articles such as 'how to kill yourself' in No3 and 'field trip to Hustler' in No9 gained the magazine 'outraged' media exposure and a spot on several news broadcasts. Despite all of this the mag was instrumental in publishing video sequences of the newest tricks and covered many rising street skaters. It's coverage of skating was very much 'tell it how we see it' - not always the policy of other magazines. As with World Industries the magazine caught the feel of the times.

Never really financially viable and lacking good distribution (it only ever ran to monthly print runs of 20,000 to 30,000) the magazine soon found itself in a world of debt. By a bizarre coincidence - given the accusations of BB being a front for running pornography - Larry Flynt, publisher of Hustler, ended up buying the magazine in March 1997 as part of a deal which included Blunt snowboarding magazine. If anything, the magazine toned down under its new ownership. In one of the most bizarre episodes of the magazine's history, the subscriber list for Big Brother got mixed up with one of Larry Flynt's hardcore magazines - Taboo. Subscribers were sent pornography, and those who subscribed to Taboo got a skate magazine - see letter below. However, in 2004 the magazine was unexpectedly dropped by Larry Flynt publications. 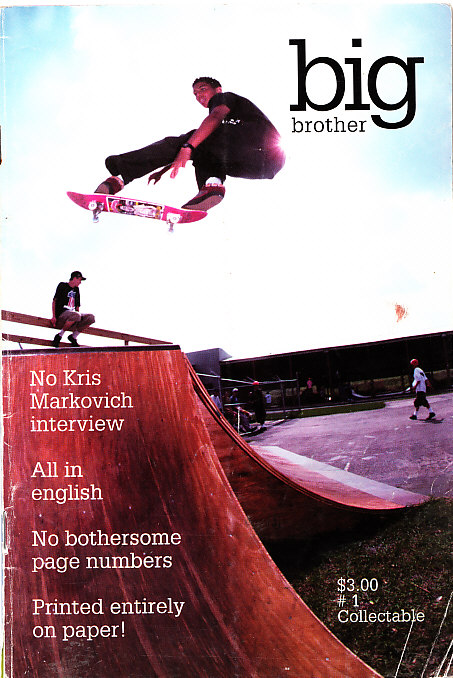 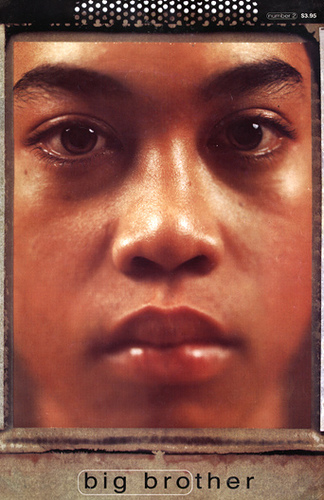 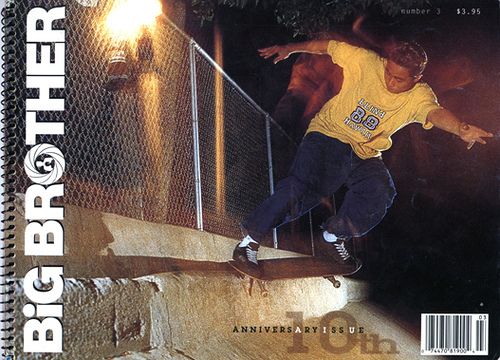 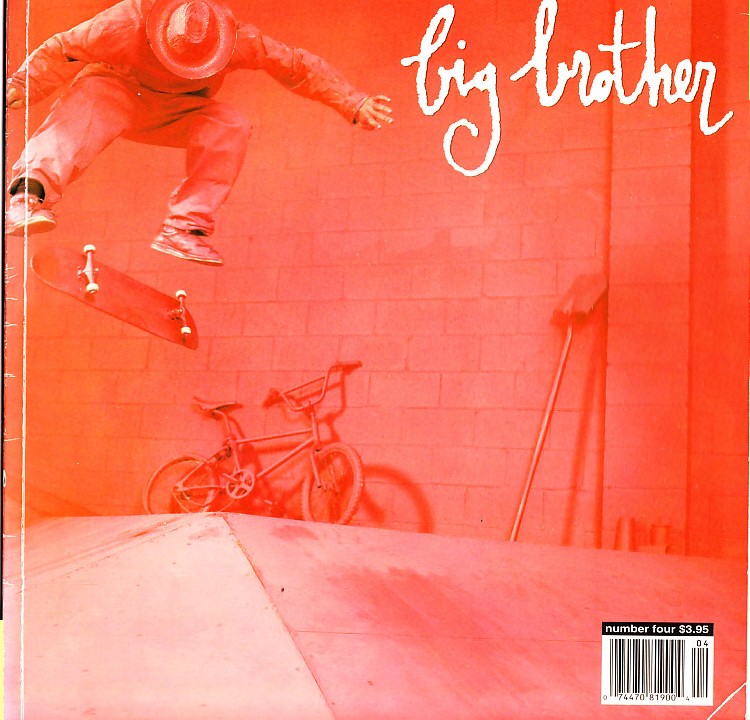 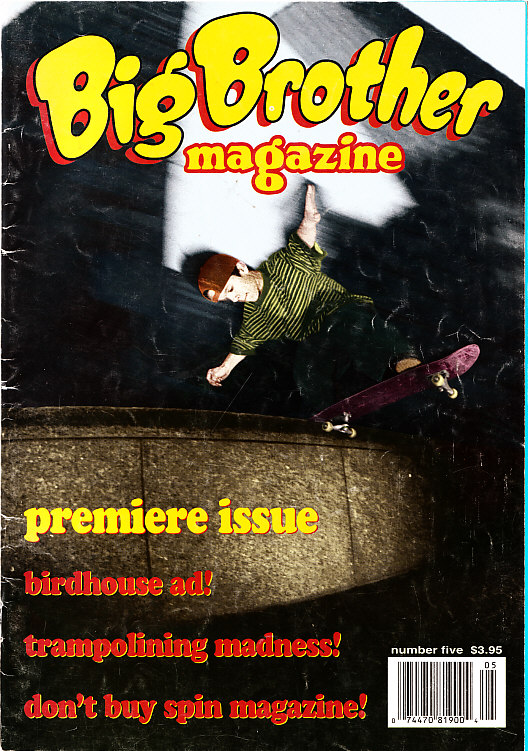 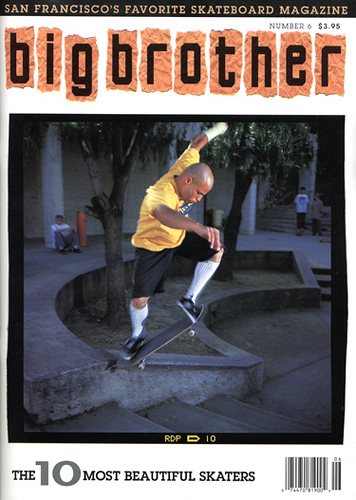 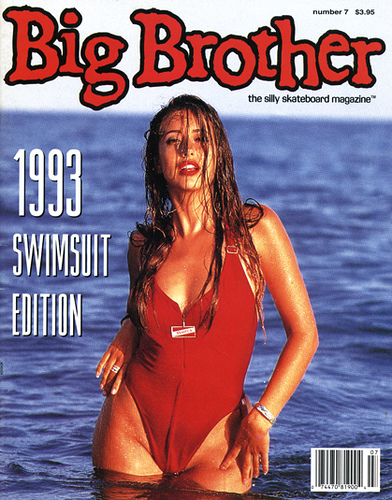 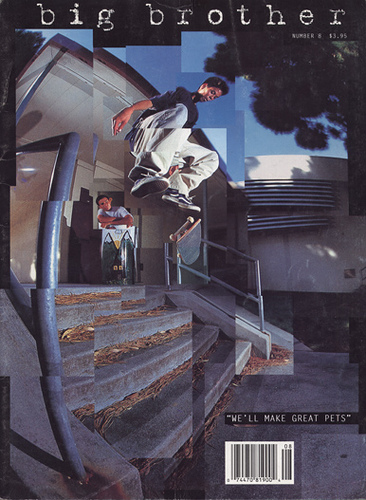 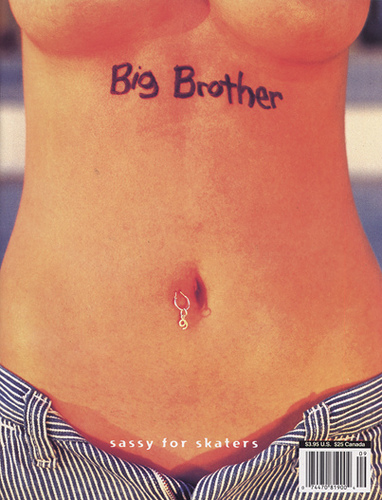 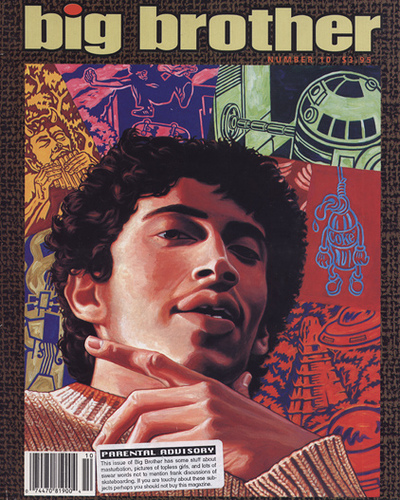 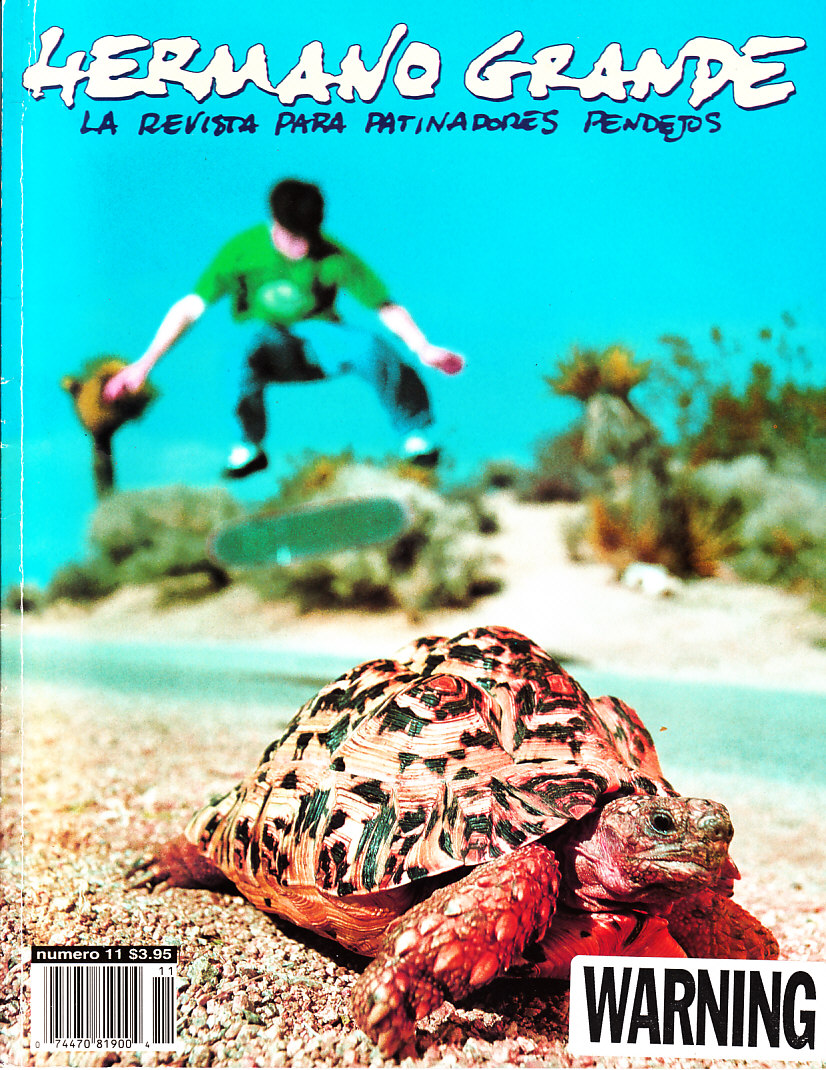 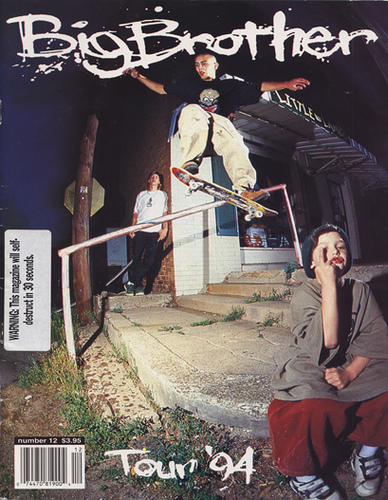 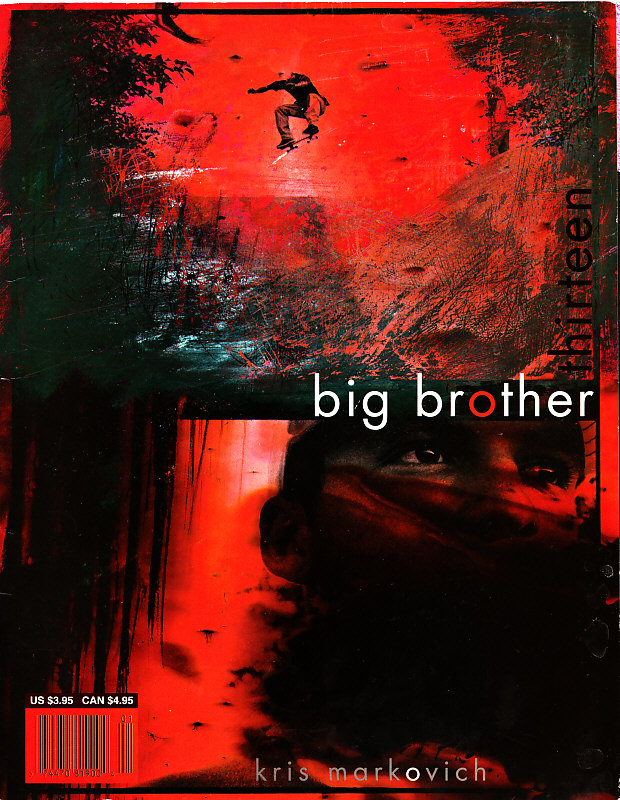 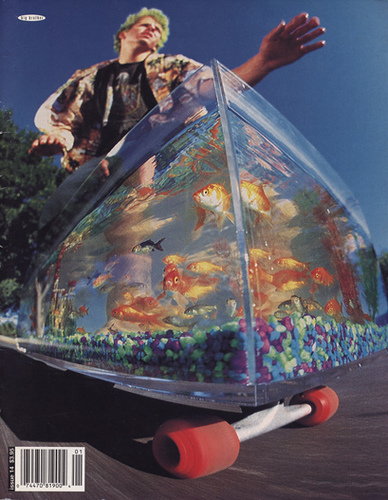 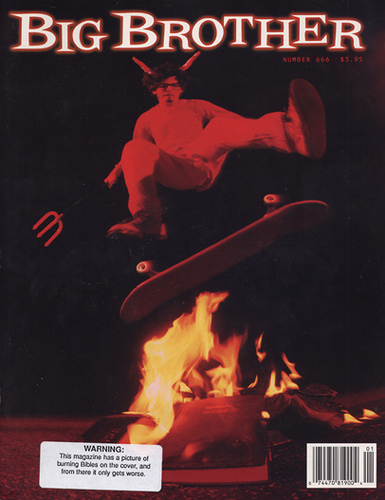 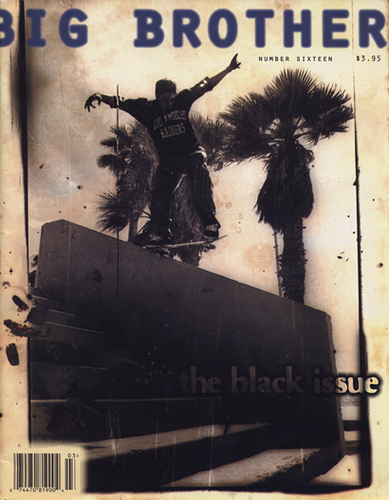 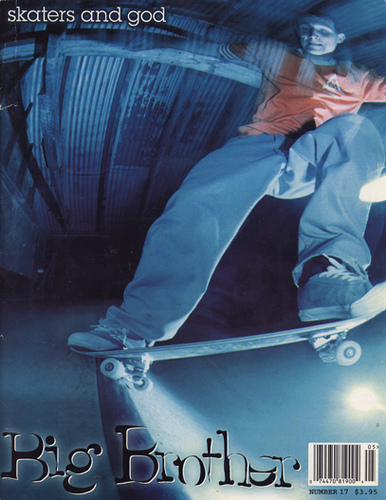 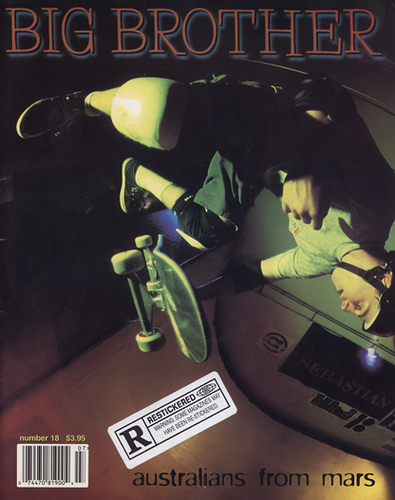 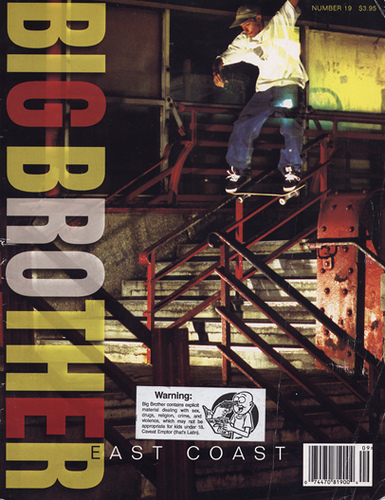 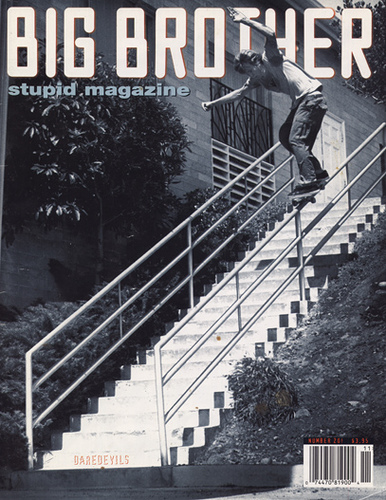 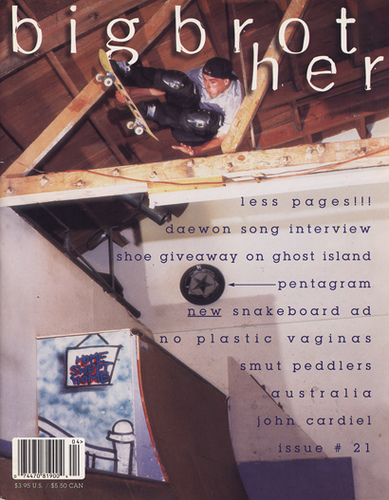 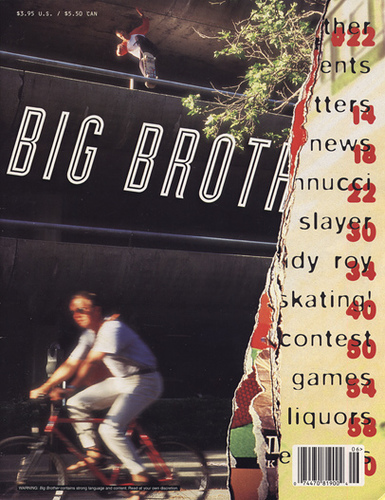 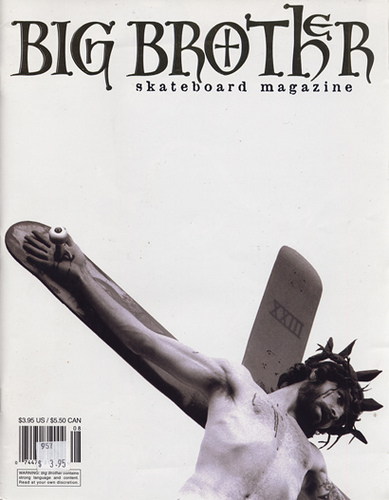 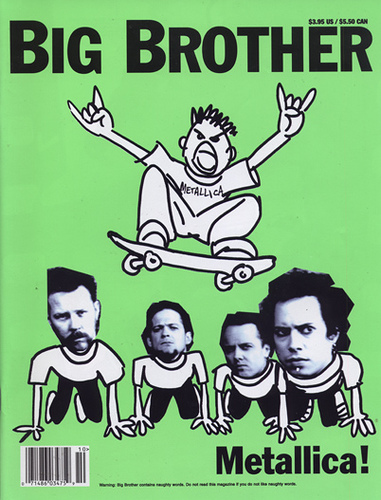 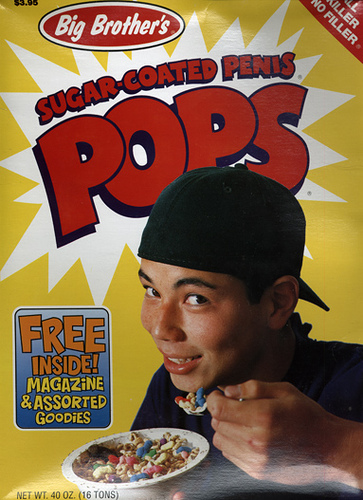 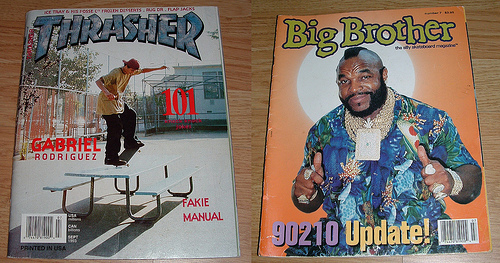 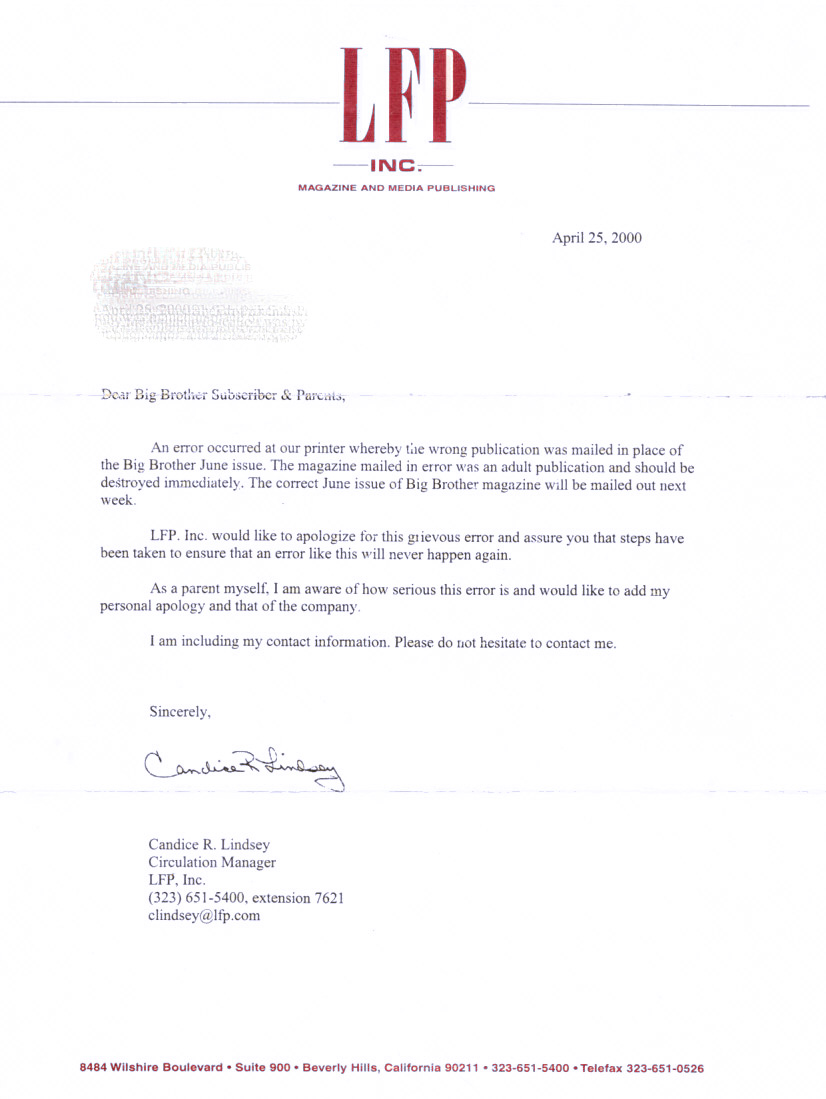 In one of the most bizarre episodes of the magazine's history, the subscriber list for Big Brother got mixed up with one of Larry Flynt's hardcore magazines - Taboo. Subscribers were sent pornography, and those who subscribed to Taboo got a skate magazine. This incident was parodied on The Tonight Show with Jay Leno in which one of the band members was delivered an issue of Big Brother live on stage, suggesting that he subscribed to Taboo and received it in error.