City Limits magazine was founded in 1981 in London by former staff members of the weekly London listings magazine Time Out, after its owner Tony Elliott abandoned running Time Out on co-operative principles. This alternative weekly arts and listings magazine for London continued to be run as a co-operative for most of its existence, it finally ceased publication in 1993.

This article from March 1987 covers the re-birth - or perhaps the media taking notice of - skateboarding from the dark ages of the late 70's/early 80's. Name checked are Lucien Hendricks, Latimer Road, Slam City Skates, Rodga Harvey, Future Primitive, Back To The Future and even Simon Napper; "at times it's like painting lines on concrete, like Japanese ideograms. At others times you grind so hard into the coping and imagine it's someone's face". 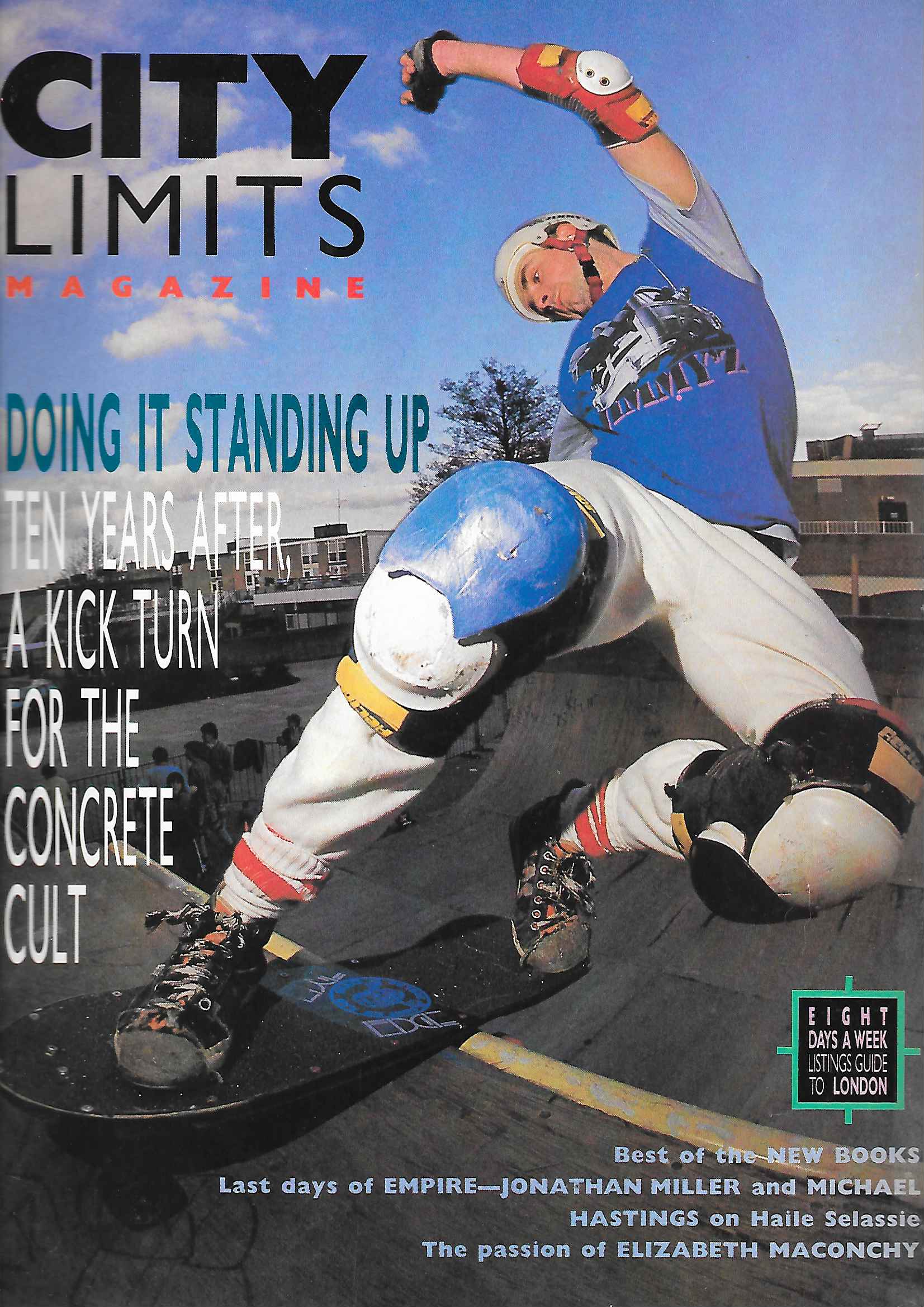 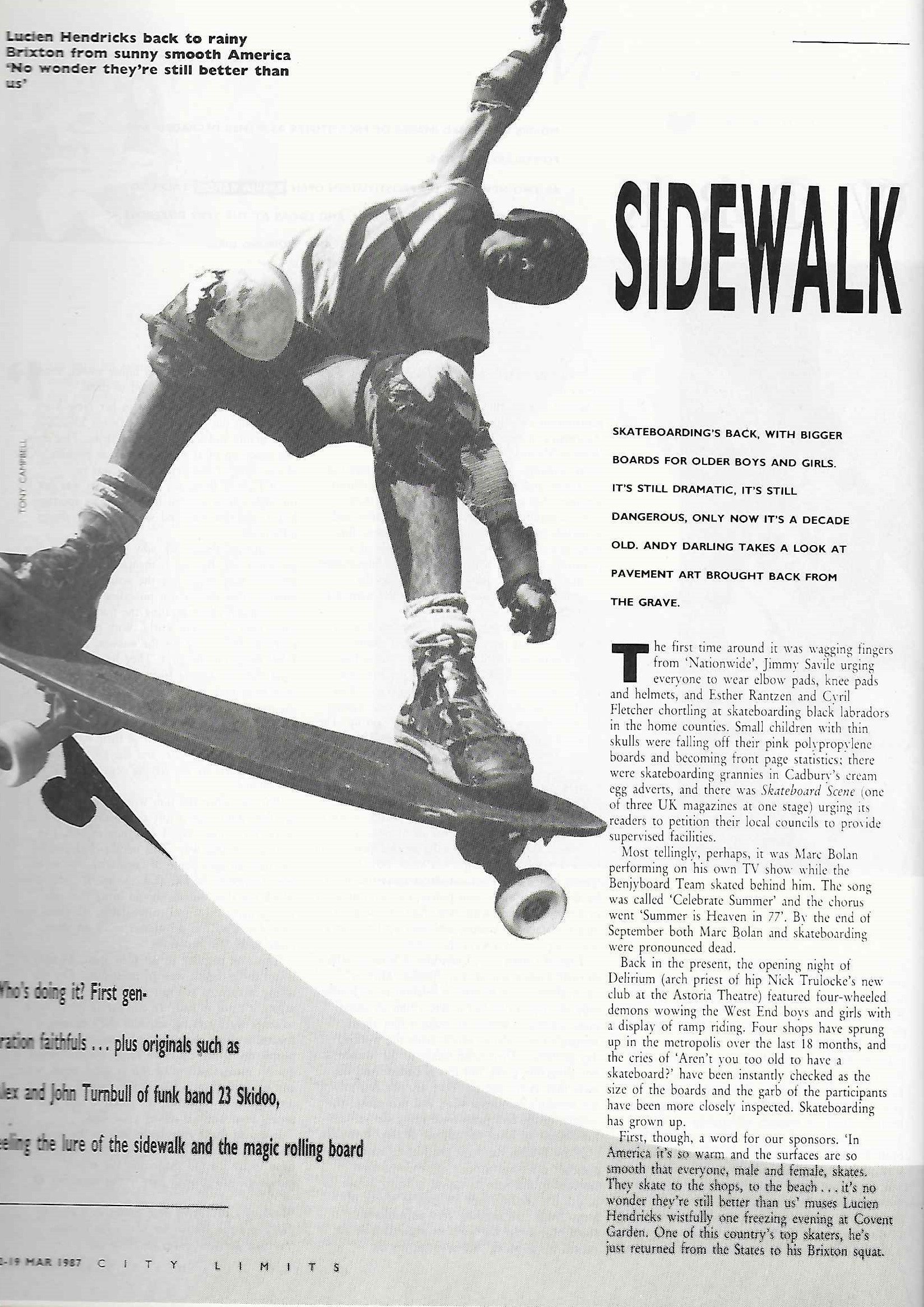 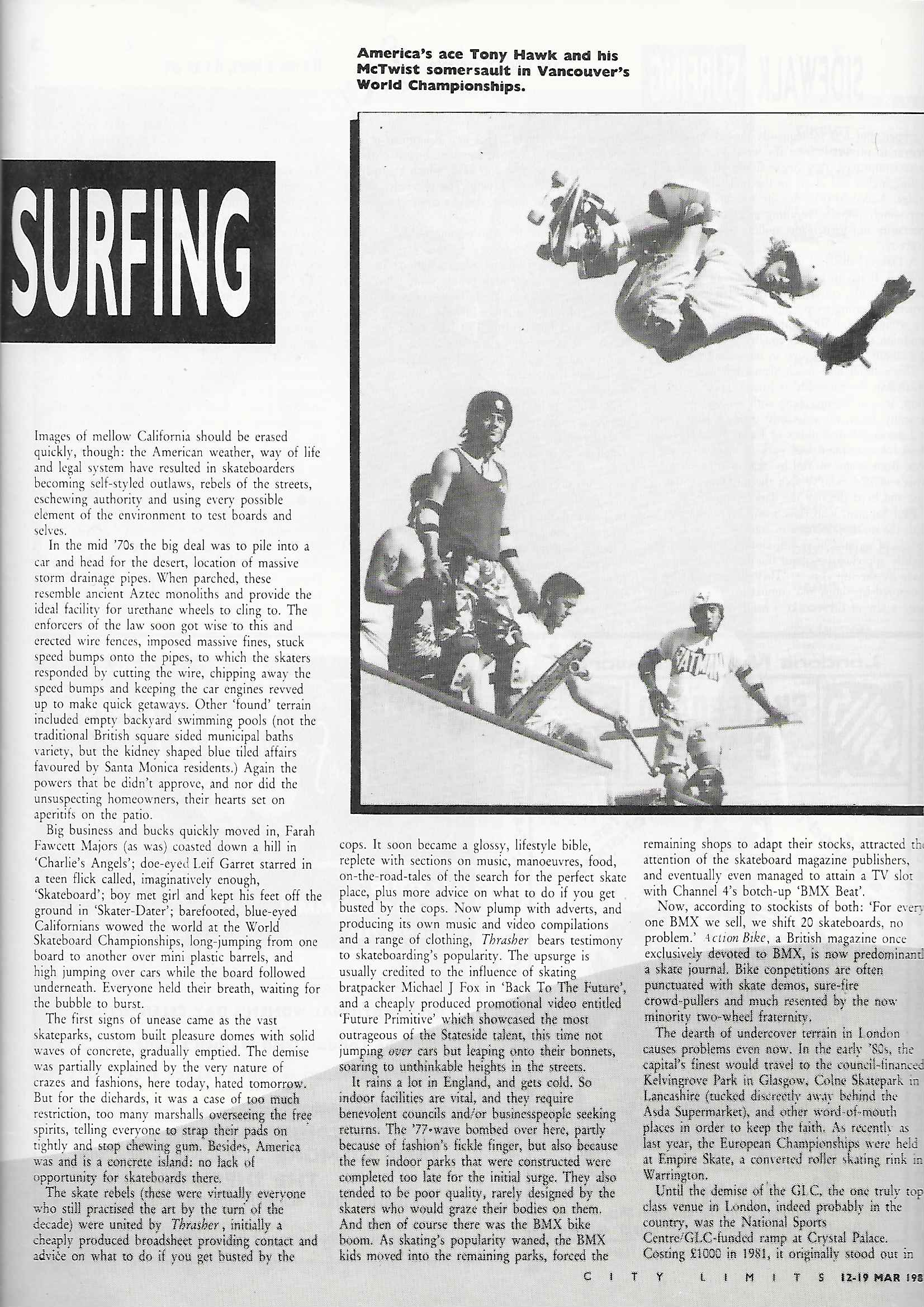 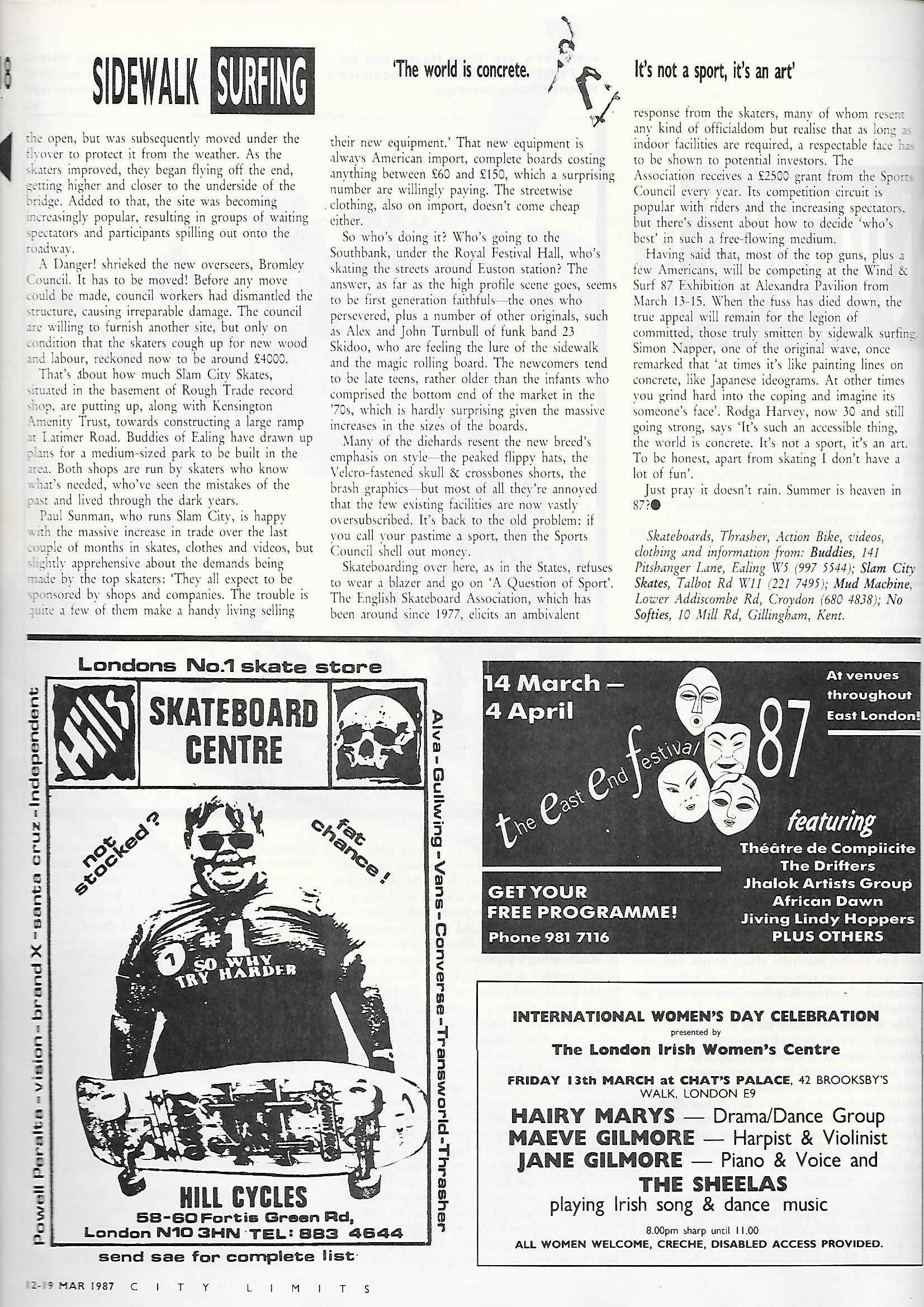