Free Wheelin' was a newspaper format free publication "about and for Northern California Skateboarders". It came in a folded format that opened up into a broadsheet. The editorial stated; "We don't need to go to L.A to find hot radical skaters or parks. We have some of the best riders around right here in Northern California".

Of note there was another newspaper format publication called Free Wheelin (1977) which came from New Zealand. I assume both were inspired by the 1976 Scott Dittrich film Freewheelin starring Stacy Peralta. 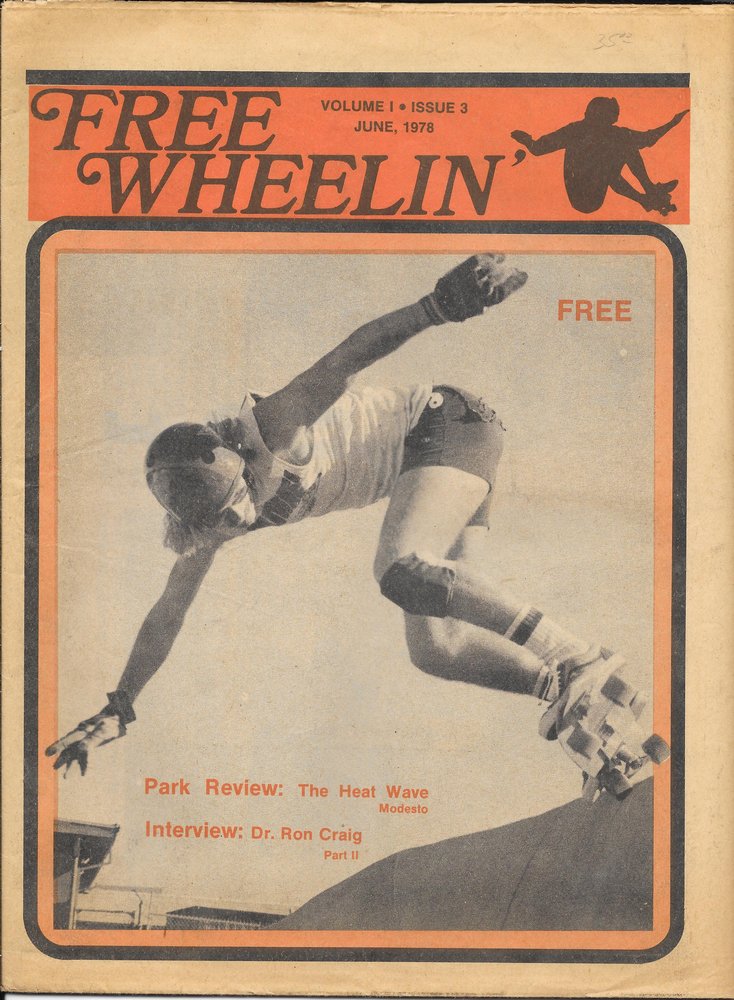