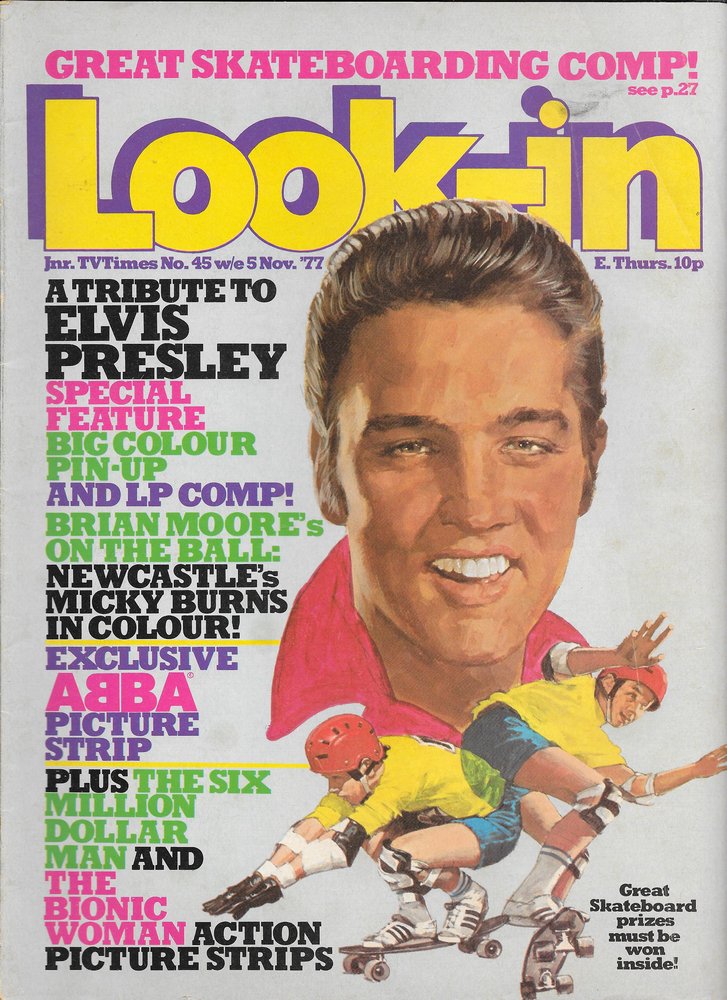 Look In was the Junior TV Times; the official Independent Television Network listings magazine. It ran from 9 January 1971 to 12 March 1994. It had interviews, crosswords and competitions, and it had pictures and pin-ups of TV stars and pop idols of the time. Although mainly a vehicle to allow children of the time to find out - and to promote - TV shows, it would also feature articles on points of interest to it's target audience.

This issue featured a one page article on Skateboarding and a competition sponsored by Alpine Sports to win a Coyote skateboard and a set of Cooper pads & helmet. The article mentions the opening of Skate City in London and I am 99% sure the picture is of John Sablosky at Skate City. 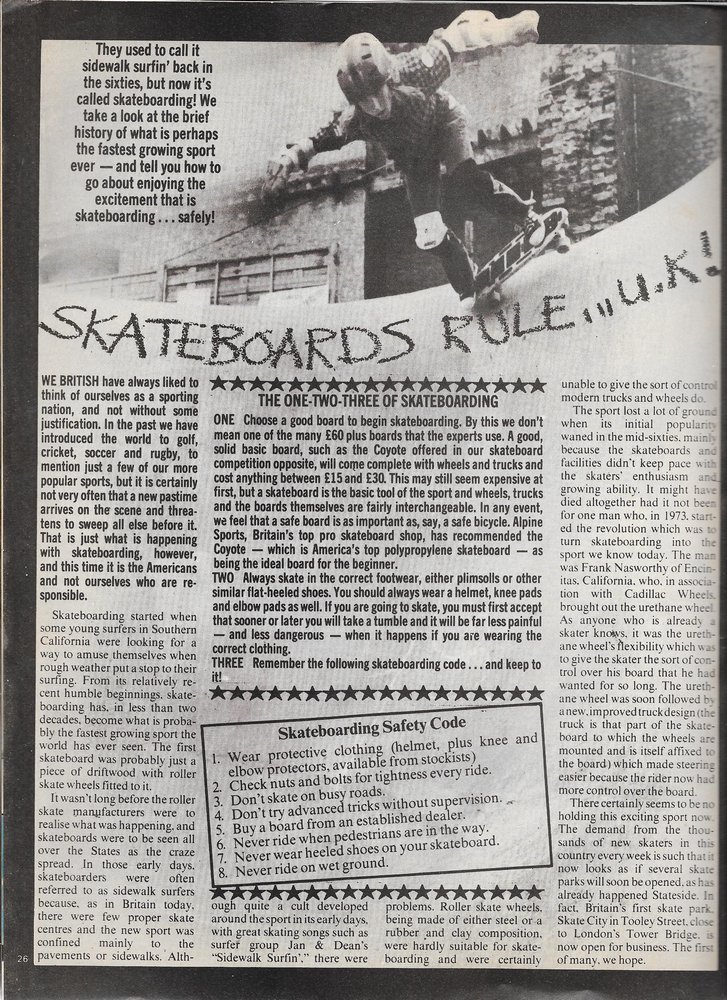 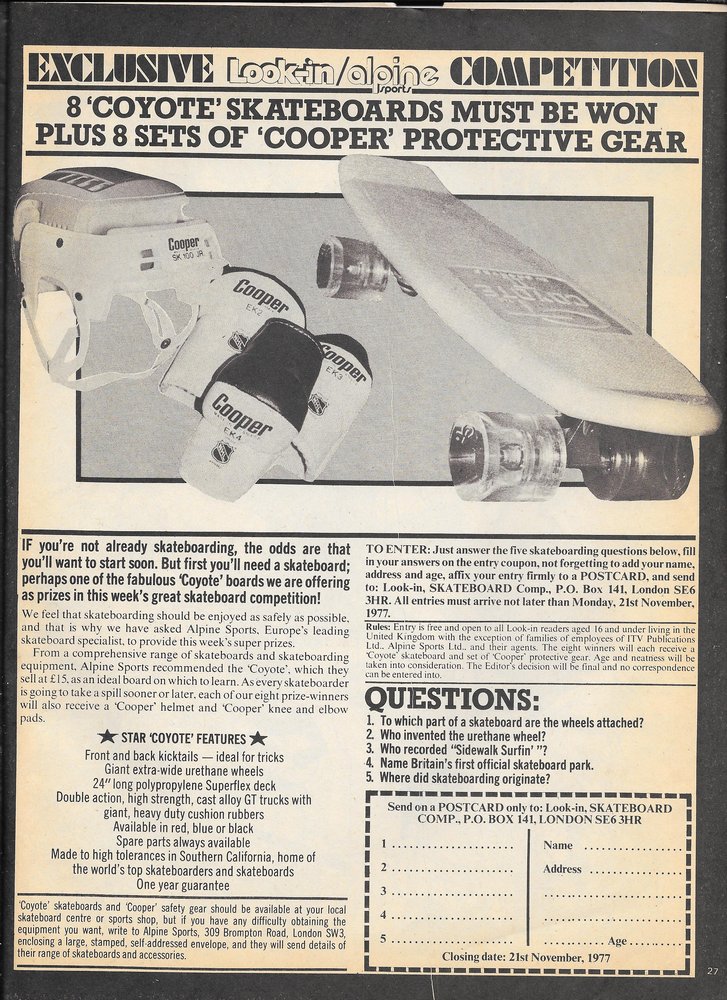