Badges have been mass-produced since the 12th century, when they were worn as souvenirs by pilgrims. 'Button' badges, so named because they were made with button-making machinery, became popular towards the end of the 19th century.

Badges were big in the 1970's both in demand and size. These badges are mainly just over 2" in diameter. The style was to wear as many as possible. There were badges directly skateboard themed and there were ones that capitalised on skateboarding to promote their own products such as The Stamp Bug Club which was set up by the Post Office in the early 1980s in a bid to lure school kids into stamp collecting and first day covers.

Up Over And Out

Front Up And Endo 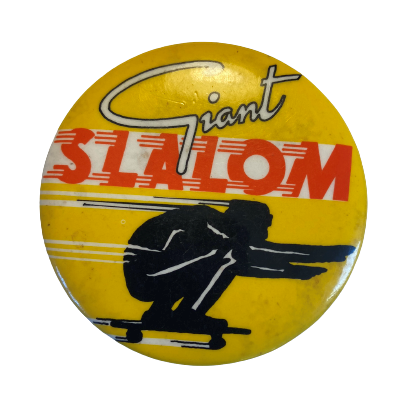 I'm Into The Handstand Habit Skate Muties from the 5th Dimension (or SM5D as it was known) was an A5 sized skaters fanzine with a Bristol slant from the 1980s, but it covered so much more - gigs, music, reviews and comic strips.

"SKATE, SKATE
SKATE LIKE FUCK
INTO THE SIDE
OF A TEN TON TRUCK"