Badges were big in the late seventies. Many of the skateparks in both the UK and USA operated a badge system either as a sign of membership or as a sign of proficiency. Skate City in London, one of the first UK skateparks took their lead from the ski slopes: Green - Learner slope, Blue - Beginner slope, Red - Intermediate slope and Black - Expert slope. 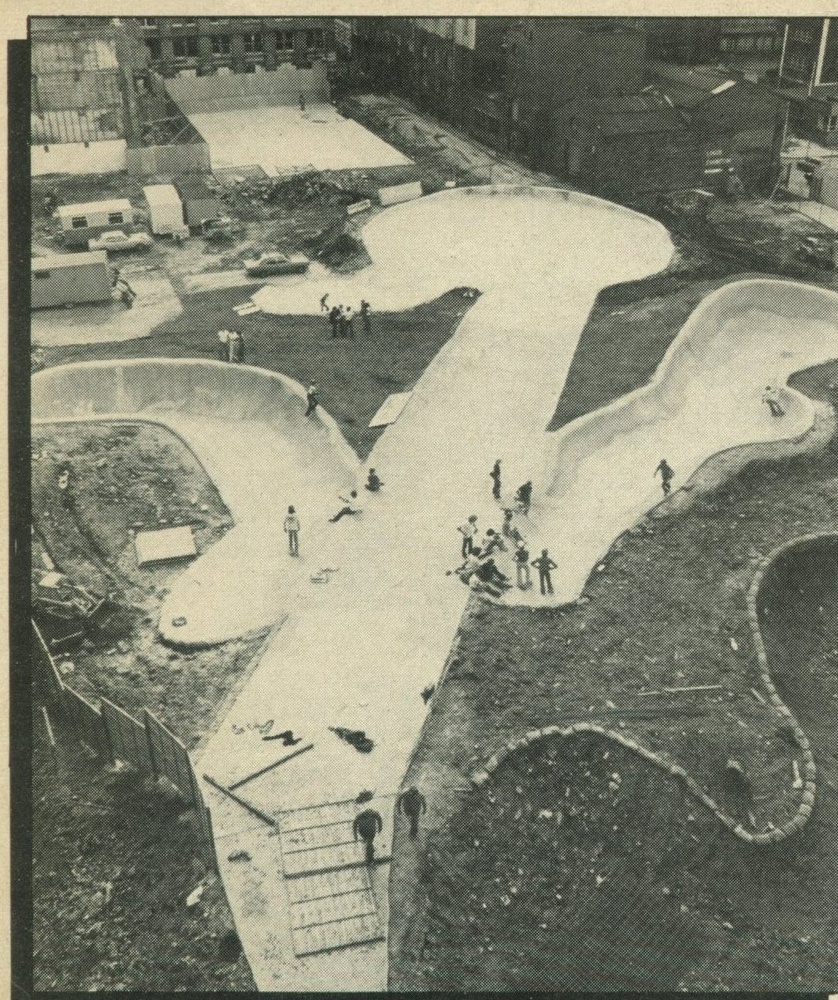 The park operated a badge system - a beginners Green Badge got you into the freestyle area and only after being tested by a marshall could you move up to the the bowls; Blue for the Slalom run & bowl, then intermediate Red Bowl and the infamous Black Bowl.

Around June 1978 the park was taken under new management (Tate & Lyle and National Car Parks Ltd) and renamed Skateways. 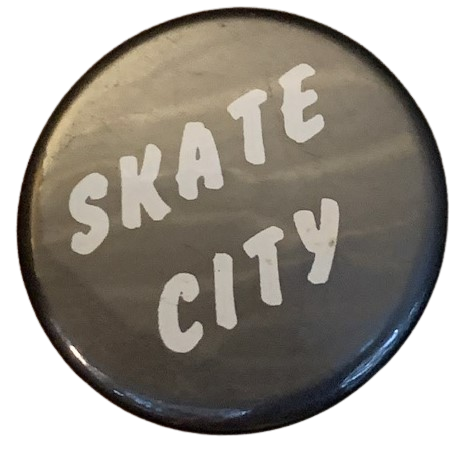 California Skateboard Scene was an indoor and outdoor park at the legendary Cali Ballroom in Whipsnade Road, Dunstable, Bedfordshire.

The outdoor park opened on July 9th 1978 with Legs & Co dressed as Smurfs!

Check out the documentary here - Rom Boys: 40 Years of Rad

"Skateboard City - located in Warren, Michigan. This was the first good park. They lacked good vertical terrain but the place was loaded with some really nice bowls and a couple of excellent snake runs. After a couple of seasons, some rising competition out of the east forced revision.

I don't remember if ownership changed or not but the name of the park was changed from Skateboard City to Skateboard USA and they added two pools. Both pools were very deep and pretty difficult to ride (not for the faint of heart) but the real experts seemed to like the challenge.

Many a good contest was held here and during one summer's contest, the park was visited by some of the big guns from the west like Tony Alva, Fred Blood, and Steve Olson." 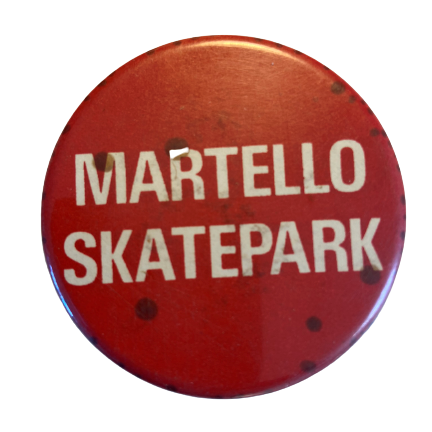 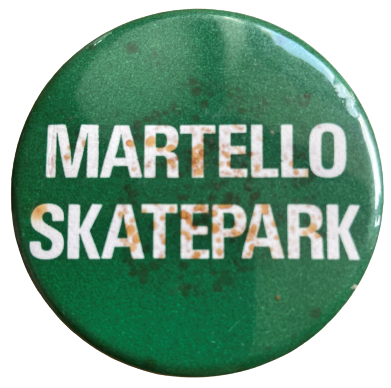 Martello Skatepark at Walton-On-The-Naze in Essex, was opened on May 27th 1978 by the Logos Team. It featured a 3m deep performance bowl, slalom and freestyle runs.

I'm not sure, but based on having a green, red and black badge, I assume they operated a similar system to Skate City. 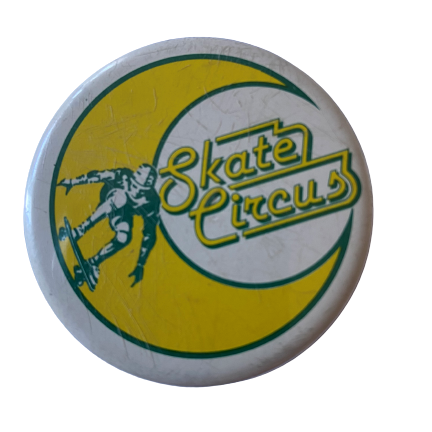 Skate Circus was in Wandsworth Road, Vauxhaul, London. Originally a bingo hall - opened, closed and then re-opnened around May 1978. Featured a series of flat areas and banks and the "showpiece" - a 13m section of 5m half pipe. Reviewed in Skateboard! Issue 11 July 1978 Page 78. 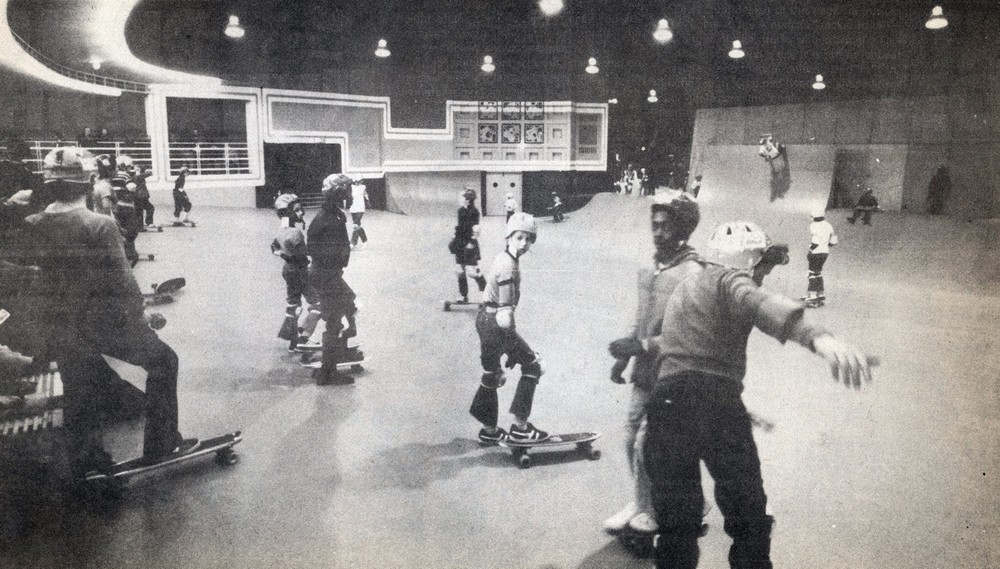 The Astoria Cinema at 593-613 Old Kent Road, London was the home to The Mad Dog Bowl. At 2,000 sq meters it was probably the biggest indoor skatepark in Europe at the time. Featuring a freestyle area, 26m long Half Pipe, five interlocking mogul bowls, snake run, and 8m pool - known as the 'Soul Bowl' There was also a Snack bar and Lounge. The park was the brain child of Dave Parker and Brian Rimmer. Reviewed in Skateboard!(UK) No11 July 1978 Page 78-80. 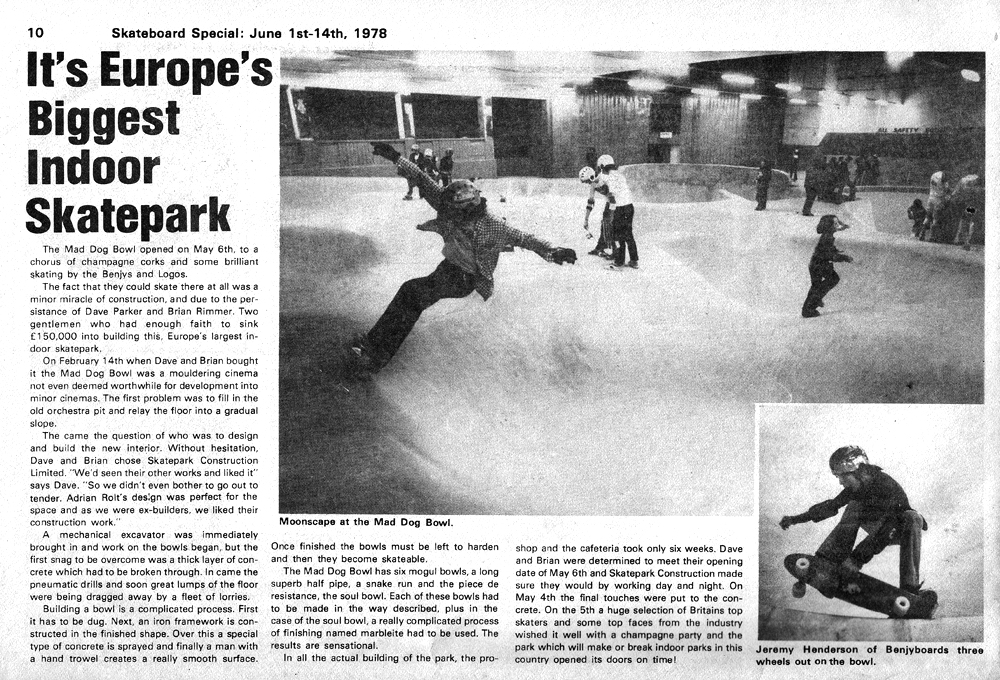